In an effort to reduce energy consumption and meet carbon targets, the UK government has committed to rolling out smart meters for businesses and homes across the country by the […] 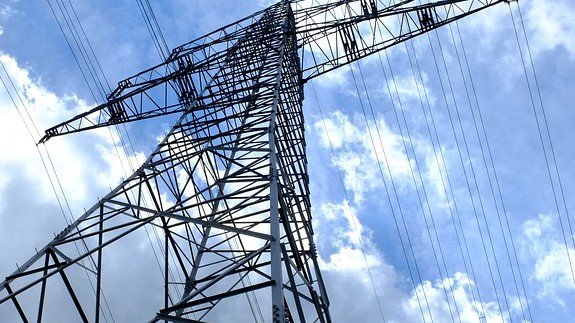 In an effort to reduce energy consumption and meet carbon targets, the UK government has committed to rolling out smart meters for businesses and homes across the country by the year 2020. A major energy infrastructure project in the UK, the Smart Metering Implementation Programme will see the replacement or upgrading of over 50 million electricity and gas meters across England, Wales, and Scotland.

Historically, smart metering in the UK has been dominated by programmes targeted at larger energy users – those with a meter profile class of 05-08. Government programmes have facilitated installation of smart and advanced metering for these users, for example, as far back as the 1990’s. Current initiatives for this meter profile class include Ofgem code change P272, which mandates all advanced meters are settled on Half-Hourly data from 2017 onwards.

DECC’s Smart Metering Implementation Programme (‘The Programme’) shifts the focus away from large energy users and towards smaller businesses and domestic energy users. For electricity, this includes those with meter profile class 01-04; for gas it includes meters using 732 MWh or less annually. While DECC was absorbed into the Department for Business, Energy & Industrial Strategy in July 2016, its Smart Metering Implementation Programme is expected to continue on as planned before the departments merged as the ‘foundation stage’ has been completed.

The next stage of the Programme, i.e. the ‘mass roll-out’, started slower than hoped, however. Just last month (August 2016), the Data Communications Company (DCC) missed its already-extended deadline to go live. The DCC, a wholly owned subsidiary of Capita Plc and licensed by DECC, collects data from smart metering and passes it on to suppliers. The DCC is a crucial aspect of the smart metering system as it will be used by a majority of small and non-domestic smart meters to send and receive data. The way the DCC operates, with three separate service providers using differing (and sometimes arguably outdated) methods to send and receive data, help qualify the UK’s as one of the most complex smart metering systems in the world. While a revised live date for the DCC has been slated for the end of September (2016), the complexities of the DCC all but ensure more delays and hiccups. These set-backs sit among other criticisms of the Programme, including overestimated benefits and potential for increased costs to energy users. Despite these drawbacks, the Programme will continue to unfold in the next few months of 2016 and until 2020, when energy suppliers are required to have at least offered all customers a smart meter.

Also focussed on smaller energy users, a recent Ofgem code review aims to enable more half-hourly settlement (HHS) among this group. Ofgem’s code change, carried out under their Smarter Markets Programme, aims to remove barriers to entry that smaller energy users face when they elect to settle bills on Half-Hourly data. Apart from working to make it easier for elective users of HHS, Ofgem has also been clear about its plans to eventually mandate HHS for smaller energy users. The regulator has claimed HHS may be mandated as soon as 2018. Given the pace that smart meters have been rolled out, it is not likely that mandated HHS will arrive by 2018 however. This is primarily owing to the fact that 2018 is long before the smart metering roll-out is complete.

As the complications of the smart metering system mean its roll-out may take longer than expected, there are several steps homes and smaller businesses can take to obtain a smart meter for gas or electricity. Pulse can assist in liaising with your supplier to determine what their approach to smart metering is. Some larger suppliers are required to install smart meters by 2017, as part of a series of pilot programmes, and some will have started installation already. In terms of domestic properties, it will generally be the case that towns and cities will be first before rural areas, rural Scotland will be first (2016) before rural England and Wales (2017), houses will be first before flats, and small flats will be first (2016) before large blocks (2018).

Smart metering hopes to deliver a number of benefits including a platform for improved customer service, opportunities for energy saving, building a platform for future smart grids and reducing carbon emissions in line with carbon targets. Contact Pulse today to begin realising these benefits for your business.