The UK Government must take concrete action now to reduce greenhouse gas emissions at the lowest cost. The Committee on Climate Change (CCC) has published a package of measures showing […] 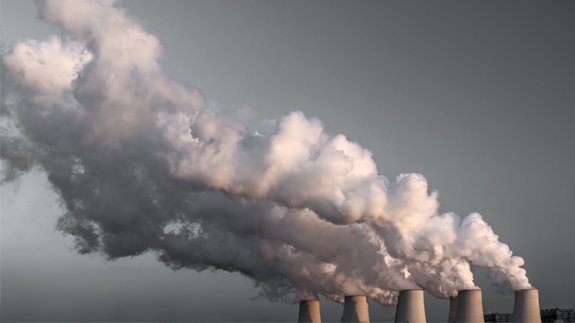 The Committee on Climate Change (CCC) has published a package of measures showing how action taken now will ensure “the UK has the flexibility to go further in the future”.

It states Brexit does not change the UK’s legal commitments to reduce emissions by 57% by 2030 and at least 80% by 2050 therefore the government’s policy gap must be able to meet the targets “whatever the circumstances as the UK leaves the EU”.

The Committee believes further reductions are needed in transport, heat, industry and agriculture to meet the 2030 carbon budget and prepare for the 2050 goal.

It also suggests the government to create a new energy efficiency programme as it believes progress has stalled. The report states efficiency measures could cut energy demand for heating by around 15% while cutting bills.

The CCC adds the nation’s attempts to deliver low carbon heat have been unsuccessful so far and is calling for a “credible new strategy and a much stronger policy framework” to set a clear course for buildings decarbonisation in the next three decades.

The report states: “That must include the immediate and properly targeted rollout of heat pumps and heat networks between now and the mid-2020s alongside sizeable trials of hydrogen for heating. If hydrogen is to be a serious low carbon option, carbon capture and storage (CCS) will be needed, which will only be possible if the government urgently introduces a new strategy for its development and deployment in the UK.”

The Committee adds policy will also need to deliver improvements in the efficiency of new vehicles and increase the uptake of electric cars and suggests new auctions for low carbon contracts.

Lord Deben, CCC Chairman, said: “In its speedy acceptance of the fifth carbon budget and its support for the Paris Agreement, the new government has shown it is committed to tackling climate change. The vote to leave the EU does not alter those commitments – nor does it change the risks that climate change poses.

“Action is needed now to ensure the UK can deliver its climate obligations at least cost. For too long, government policy has neglected the UK’s ageing homes and heating systems. It is time to remedy that failure with policies that are simple, stable and designed to work for the ordinary household.”

He added: “We are taking time to prepare our plan so that we pursue emissions reductions fairly and cost-effectively. We all use energy – in our homes, businesses and industry – so this will be a shared challenge and we will want to engage on our proposed solutions. The emissions reduction plan will elaborate on our policies, proposals and these opportunities.”

Don’t forget to book your place at the Energy Live 2016 conference on November 3rd in London where energy efficiency, renewables and nuclear will all be part of the discussions. Free limited tickets available for energy end users.