The US Environmental Protection Agency (EPA) has issued a notice of violation to Fiat Chrysler Automobiles (FCA) for allegedly cheating emissions tests. It alleges the company violated the Clean Air […] 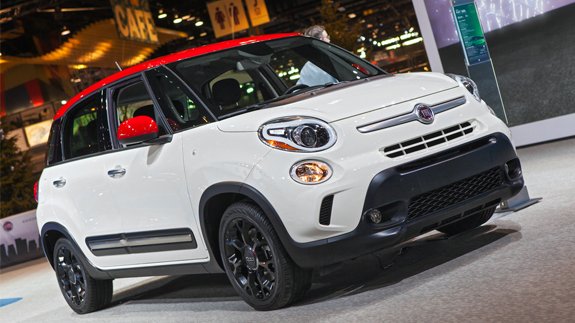 The US Environmental Protection Agency (EPA) has issued a notice of violation to Fiat Chrysler Automobiles (FCA) for allegedly cheating emissions tests.

It alleges the company violated the Clean Air Act by installing and failing to disclose engine management software in light-duty model year 2014, 2015 and 2016 Jeep Grand Cherokees and Dodge Ram 1500 trucks sold in the US.

The EPA and California Air Resources Board adds the undisclosed software results in increased emissions of Nitrogen Oxides (NOx) from the vehicles, with the allegation covering around 104,000 vehicles.

The Clean Air Act requires automakers to disclose and explain any software, known as auxiliary emission control devices, that can alter how a vehicle emits air pollution.

EPA is also investigating whether the auxiliary emission control devices constitute “defeat devices” which are illegal.

Cynthia Giles, Assistant Administrator for EPA’s Office of Enforcement and Compliance Assurance said: “Failing to disclose software that affects emissions in a vehicle’s engine is a serious violation of the law, which can result in harmful pollution in the air we breathe. We continue to investigate the nature and impact of these devices. All automakers must play by the same rules and we will continue to hold companies accountable that gain an unfair and illegal competitive advantage.”

Fiat Chrysler said it has “spent months providing voluminous information in response to requests from EPA and other governmental authorities”.

It added: “FCA US has proposed a number of actions to address EPA’s concerns, including developing extensive software changes to our emissions control strategies that could be implemented in these vehicles immediately to further improve emissions performance.

“FCA US looks forward to the opportunity to meet with the EPA’s enforcement division and representatives of the new administration to demonstrate that FCA US’ emissions control strategies are properly justified and thus are not ‘defeat devices’ under applicable regulations and to resolve this matter expeditiously.”

The news comes after Volkswagen pleaded guilty to cheating emissions tests and agreed to pay a record in fines.