The Port of Liverpool has opened a 24-hour rapid refuelling station. Certas Energy partnered with the Peel Ports Group to open the site, which has been under construction for 12 […] 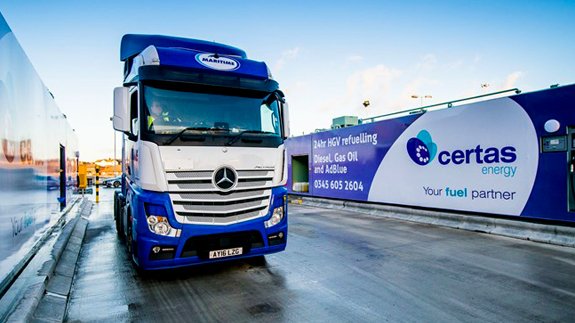 The Port of Liverpool has opened a 24-hour rapid refuelling station.

Certas Energy partnered with the Peel Ports Group to open the site, which has been under construction for 12 weeks.

The station will provide diesel, gas oil and AdBlue for truck drivers.

High-speed pumps will pump 120 litres of fuel a minute and allow eight vehicles to refill simultaneously.

The firms claim it will increase efficiency and reduce emissions by cutting down on idling times in the queue and will prevent drivers having to travel out of their way to find petrol stations.

Andrew Goodwin, National Bunker Manager for Certas Energy, said: “We’re really pleased that the site is now open. Feedback received from port users during the construction phase is that this will be extremely convenient for them.

“They will be able to refuel on entering or leaving the port which means that they do not have to detour off route before making their onward journeys.”