A majority of people (81%) who have had a smart meter installed would recommend the technology to others. That’s according to a new survey from Smart Energy GB, which reveals […] 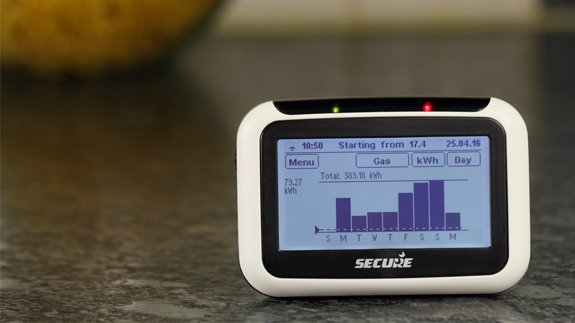 A majority of people (81%) who have had a smart meter installed would recommend the technology to others.

That’s according to a new survey from Smart Energy GB, which reveals a large number of Brits with smart meters are using them on a regular basis to keep their energy costs under control.

Smart meters automatically send meter readings to suppliers and are expected to help produce accurate bills and give consumers more control over their energy use.

The government plans to install around 53 million smart meters in homes and businesses across the country by 2020. Everyone in Britain will be offered the technology at no additional cost.

Around 82% of the 10,000 people questioned said they have taken at least one step to reduce their energy use.

The survey also found in-home displays (IHDs) – which shows how much energy is being used in pounds and pence and in near real time – are helping people get their gas and electricity use under control.

Every household is offered one, at no extra cost, when they get their smart meters from their suppliers.

Around 88% of those with an IHD said they have a better idea of what they’re spending on energy, compared to 76% who have a smart meter but not an IHD.

Eight in 10 with an in-house display (IHD) said they use it at least a few times per month.

Sacha Deshmukh, Chief Executive of Smart Energy GB, said: “It’s great to see so many people using and loving their smart meters. Eight out of 10 say they would recommend one, which is an exceptionally high level of approval.

“Millions of homes are already enjoying the benefits of accurate bills and the ability to see, in pounds and pence, how much gas and electricity they are using. I hope that many more people pick up the phone to ask their energy supplier for their smart meter so that they too can start enjoying these benefits.”

Energy suppliers may be required to submit revised smart meter rollout plans in January next year.