The US solar market saw record smashing growth of 95% in 2016. That’s according to a new report from GTM Research and the Solar Energy Industries Association, which shows installed […] 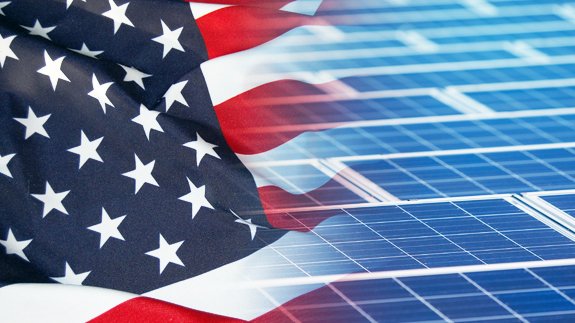 That’s according to a new report from GTM Research and the Solar Energy Industries Association, which shows installed capacity nearly doubled from 7,493MW to 14,626MW.

The nation is now home to more than 1.3 million solar installations with a cumulative capacity of around 40GW.

For the first time ever, solar was the main type of capacity added to the grid, accounting for 39% of the mix across all fuel types.

The report suggests the year’s success was largely driven by utility-scale solar, which saw the highest growth rate of any segment, growing 145% from 2015.

This marks the first time since 2011 that non-residential installation growth surpassed residential solar growth, which posted a still impressive 2,583MW.

While growth in California’s residential market has begun to level out, strong growth in Maryland, New Jersey and a handful of other states helped the segment grow 19% year-over-year.

Cory Honeyman, GTM Research’s Associate Director of US Solar Research, said: “In a banner year for US solar, a record 22 states each added more than 100MW.

“While US solar grew across all segments, what stands out is the double digit GW boom in utility-scale solar, primarily due to solar’s cost competitiveness with natural gas alternatives.”

One out of every 50 new jobs in the US was in the solar industry last year.

National Grid has committed $100 million (£82.8m) in a new partnership venture with a US solar company.