Largest soft drink firms ‘not planning to cut plastic use’

None of the six largest global soft drinks brands have plans to cut the amount of single-use plastic bottles they use. That’s according to a new survey from Greenpeace UK, which investigates […] 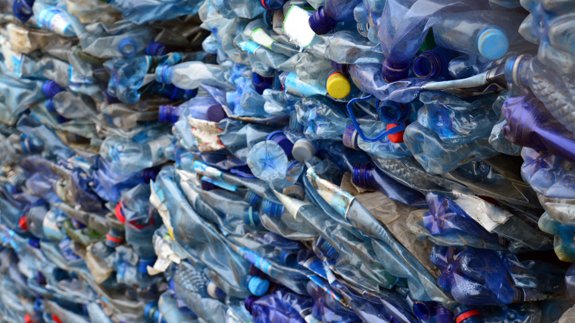 None of the six largest global soft drinks brands have plans to cut the amount of single-use plastic bottles they use.

That’s according to a new survey from Greenpeace UK, which investigates the plastic footprints and policies of Coca-Cola, PepsiCo, Suntory, Danone, Dr Pepper Snapple and Nestlé.

Despite plastic bottles forming a major source of ocean pollution, the survey results reveal a lack of action by the industry to prevent them ending up in the sea.

Coca-Cola refused to disclose information about plastic volumes. The other five firms sold a combined total of more than two million tonnes of plastic bottles each year – the same weight as more than 10,000 blue whales.

When combined with plastic packaging, the total figure rises to 3.6 million tonnes a year.

The report claims the six companies use a combined average of just 6.6% recycled plastic in their bottles and four say they do not consider the impact of plastic bottles on oceans in their product design and development processes.

Four also oppose the introduction of deposit return schemes on bottles, which have boosted recycling rates to above 80% in many parts of the world.

Louise Edge, Senior Oceans Campaigner at Greenpeace UK, said: “It’s not good enough for the biggest soft drinks companies in the world to pump out millions of tonnes of throwaway bottles and then blame everyone but themselves for their environmental impact.”