The oldest operating ferry in Finland has been converted to electric power. Heavy duty electric vehicle and machinery manufacturer Visedo retrofitted the historic Föri ferry in the city of Turku […] 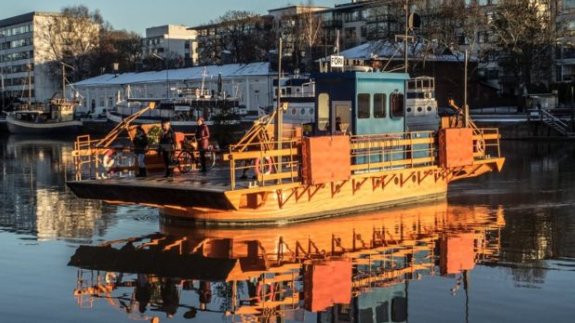 The oldest operating ferry in Finland has been converted to electric power.

The boat, which was previously converted from steam power to diesel, is believed to be the nation’s first fully electric passenger vessel.

The Föri has shipped passengers across the Aura River to Åbo since it first entered service in 1904.

Its new electric system is eight tons lighter than its previous engine – it is made up of two magnet motor drives and two DC/DC converters to minimise power losses while maximising performance and reliability.

The vessel’s batteries are charged overnight and allow it to run on either one or two motors.

This also allows future maintenance to be completed in shifts, with no interruption to operation.

Visedo Project Engineer Heikki Sallinen said: “The Föri ferry is a national treasure but with its old diesel engine, fuel consumption and emissions were high and overall efficiency poor.

“Visedo power brings the 100-year-old vessel into the 21st century without changing its character and delivers zero emission transport for Turku.”

The world’s first electrical car and passenger ferry went into service in Norway in 2015.

London has been ranked in second place in the race towards decarbonising the transport industry.