The UK Independent Party (UKIP) has vowed to withdraw from the Paris agreement and repeal the Climate Change Act if it wins the general election. It believes the Act, which […] 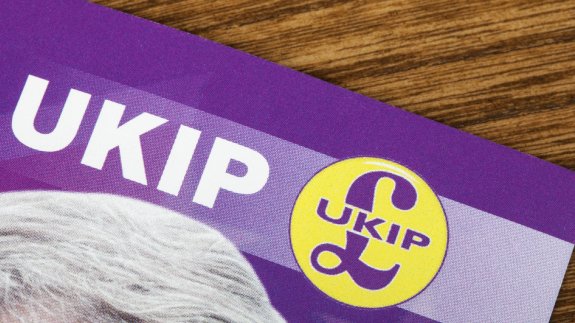 The UK Independent Party (UKIP) has vowed to withdraw from the Paris agreement and repeal the Climate Change Act if it wins the general election.

It believes the Act, which it claims will cost the UK around £319 million, “has no basis in science” and its aim of cutting greenhouse gas emissions by 80% by 2050 is “unachievable”.

The party adds it is a “textbook exercise in legislative folly, brought about by nothing more than a competitive cross-party ‘dash for green’”.

Energy spokesman Roger Helmer MEP said: “UKIP has a clear commitment to secure affordable energy for everyone. We will repeal the 2008 Climate Change Act, the most expensive piece of legislation in history. This will cut the cost of energy in our homes and encourage energy intensive businesses that are failing because of flawed energy policies.”

The manifesto adds: “We will also withdraw from the Paris climate agreement and the EU Emissions Trading Scheme to enhance our industrial competitiveness.”

UKIP instead vows to support “a diverse energy market” based on coal, nuclear, shale gas, conventional gas, oil, solar and hydro , as well as other renewables when they can be delivered at competitive prices.

The party believes if fracking is viable in Britain, the nation will have tapped into a source of energy that is cost effective and delivers domestic fuel security and stability.

It has also promised to remove VAT from domestic fuel and scrap green levies, which it claims will reduce household bills by an average of £170.

The Conservative Party has pledged an energy price cap and called for cheap and competitive energy, Labour aims for 60% of the UK’s energy to come from renewables by 2030 and the Lib Dems hope to cut emissions by 80% before 2040.

The Green Party promises to “take back control” of the energy system and Plaid Cymru has pledged to create a Welsh not-for-profit energy company.