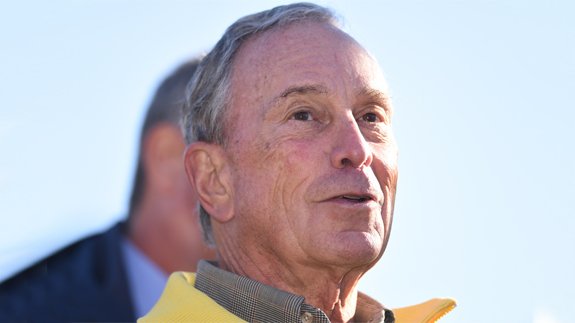 The billionaire’s charitable organisation, Bloomberg Philanthropies, will provide the funding Mr Bloomberg says the UN will lose because of President Donald Trump’s decision to pull out from the landmark Paris Agreement.

Under the deal, nations across the globe committed to keep rising global temperatures “well below” 2C above pre-industrial levels.

Mr Bloomberg’s support would be allocated to cover staff costs in Bonn, Germany associated with their climate negotiations and communications efforts.

Bloomberg Philanthropies will also work with other governments and philanthropies that may be interested in supporting the UN Framework Convention on Climate Change (UNFCCC).

Mr Bloomberg said: “Americans are not walking away from the Paris Climate Agreement. Just the opposite – we are forging ahead. Mayors, governors and business leaders from both political parties are signing onto a statement of support that we will submit to the UN – and together, we will reach the emission reduction goals the US made in Paris in 2015.

“As a sign of our commitment, Bloomberg Philanthropies, in partnership with others, will make up the approximately $15 million in funding that the UN’s climate secretariat stands to lose from Washington. Americans will honour and fulfil the Paris Agreement by leading from the bottom up – and there isn’t anything Washington can do to stop us.”