Oil rig hovercraft deal gets off the ground

A Southampton-based hovercraft manufacturer has signed a deal to clear oil spills and support offshore rigs in Kazakhstan. Griffon Hoverwork has initially agreed to conduct a study into the role […] 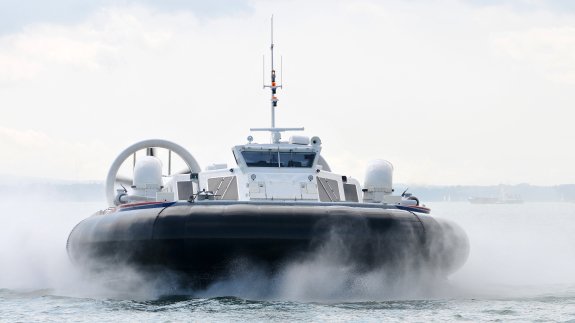 A Southampton-based hovercraft manufacturer has signed a deal to clear oil spills and support offshore rigs in Kazakhstan.

Griffon Hoverwork has initially agreed to conduct a study into the role its hovercraft could play in the Caspian Sea – the project could potentially create more than 70 new jobs and generate more than £100 million in revenue.

However, hovercrafts can float over shallow water without disturbing oil spills, potentially making them the ideal vehicle for resupplying oil rigs in the area and cleaning up pollution.

The agreement was signed with state oil company KazMunayGas’ subsidiary KMGSS and supported by the Department for International Trade (DIT).

Griffon Hoverwork will carry out an environmental impact assessment, to ensure that hovercrafts can be used without impacting local ecosystems, using technology it has developed with Southampton University.

“It’s been great to have this meeting and signing, with the support of the Department for International Trade, ensuring that our UK-based engineering will help tackle the major challenges in the region.”

Rather than a hovercraft, scientists have also invented a new sponge that could potentially help clean up oil spills.