Theresa May has pledged to publish a draft bill next week to put a price cap on energy bills. Delivering her keynote address at the Conservative Party Conference in Manchester […] 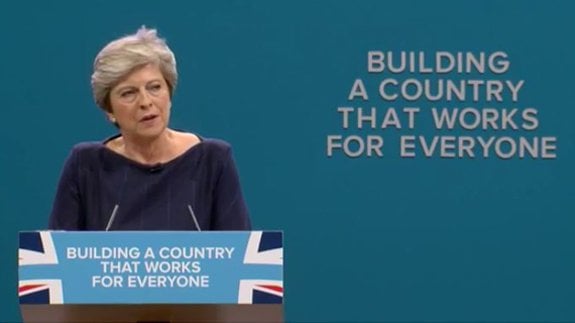 Theresa May has pledged to publish a draft bill next week to put a price cap on energy bills.

Delivering her keynote address at the Conservative Party Conference in Manchester today, she said the “broken” energy market “punishes loyalty with higher prices”.

She added: “The most loyal customers are often those with lower incomes, the elderly, people with lower qualifications and people who rent their homes, those who, for whatever reason, are unable to find the time to shop around.

“That’s why next week, this government will publish a draft bill to put a price cap on energy bills, meeting our manifesto promise and bringing an end to rip-off energy prices once and for all.”

It was a major demand from around 80 Tory MPs and 116 Labour, SNP and Green Party members last week.

The Prime Minister also said Britain will co-operate will other nations to tackle problems like climate change, adding: “We will provide a moral lead in the world and set an example for others.”

Earlier this year, Ofgem set out plans to introduce a safeguard tariff for the most vulnerable customers in the UK,