The price cap on energy bills will hinder competition and innovation in the market. That was the stark warning from Sarwjit Sambhi, the Managing Director of UK Home at Centrica, […] 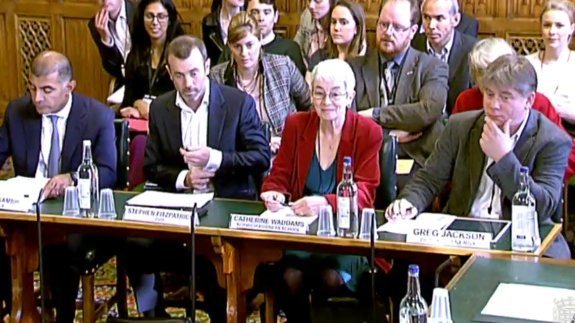 The price cap on energy bills will hinder competition and innovation in the market.

That was the stark warning from Sarwjit Sambhi, the Managing Director of UK Home at Centrica, who alongside a number of other energy suppliers and experts, was questioned by a BEIS Committee this morning in Westminster.

Rachel Reeves MP, Chair of the Committee, said: “Millions of customers are stuck paying far too much for their gas and electricity with many facing exorbitant bills.

“We want to probe energy companies and the regulator about these proposals and ensure that the reality of a price cap can match the rhetoric by delivering lower bills for consumers and fixing the broken energy market.”

Calls for a price cap follow the Competition and Markets Authority’s identification of “significant problems” in the energy market last year, which it said required “significant intervention” to sort out.

Despite admitting most of Centrica’s customers and profit were based around Standard Variable Tariffs, he suggested closing these deals down and clearly communicating the alternatives to bill payers, without market intervention was the best solution.

Stephen Fitzpatrick, CEO of Ovo Energy disagreed. He suggested a concrete limit on how much can be charged per kWh, would be the best approach: “Deregulation hasn’t worked. After 19 years most people have already heard the message that if you swap around you save money and after 19 years, they still haven’t.”

Greg Jackson, CEO of Octopus Energy, also backed the cap: “The price cap is absolutely essential. The idea that you have to change supplier every year to avoid literally getting ripped off is absurd.

“If a company wants to offer a cheap deal to bring new customers in, it’s got to give a great price to its existing customers as well.”

He added that currently, customers looking for a better deal are being subsidised by those that aren’t as engaged.

She said: “It depends what you want. If you’re concerned about the outcome and the prices that people are paying, I think there’s a lot of public concern about that, then a price cap is a good way to go.

“If you’re concerned about the process of competition and the opportunities that are available to people, then a price cap is going to work against that.”