A global electricity system fully based on renewable energy, including storage, is “feasible at every hour throughout the year”. That’s according to a new report, which adds it could also […] 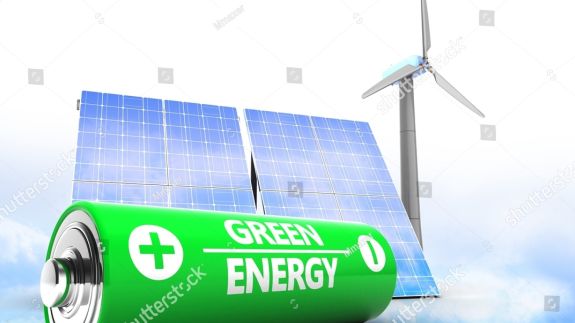 A global electricity system fully based on renewable energy, including storage, is “feasible at every hour throughout the year”.

That’s according to a new report, which adds it could also be more cost effective than the existing system, which is largely based on fossil fuels and nuclear energy.

It suggests existing renewable energy potential and technologies including storage can generate sufficient and secure power to cover global demand by 2050.

The study, launched at the COP23 UN climate summit in Bonn yesterday, by Finland’s Lappeenranta University of Technology and German non-profit Energy Watch Group (EWG), estimates total levelised cost of electricity (LCOE) on a global average for 100% green power in 2050 to be €52 (£46)/MWh, including storage and grid costs, compared to €70 (£62)/MWh in 2015.

It adds the transition to 100% renewables could also create 36 million jobs.

The report projects due to rapidly falling costs, solar and battery storage would increasingly drive most of the electricity system, with solar PV reaching around 69%, wind energy 18%, hydropower 8% and bioenergy 2% of the total power mix in 2050 globally.

Batteries would be the key supporting technology for solar, with storage output covering 31% of total demand in 2050.

EWG President Hans-Josef said: “There is no reason to invest one more dollar in fossil or nuclear power production. Renewable energy provides cost-effective power supply. All plans for a further expansion of coal, nuclear, gas and oil have to be ceased.

“More investments need to be channeled in renewable energies and the necessary infrastructure for storage and grids. Everything else will lead to unnecessary costs and increasing global warming.”