Thames Water’s nine-week battle against the “monster fatberg” in Whitechapel has come to an end. The fatberg below the east London street, found in September, was a solid mass of […] 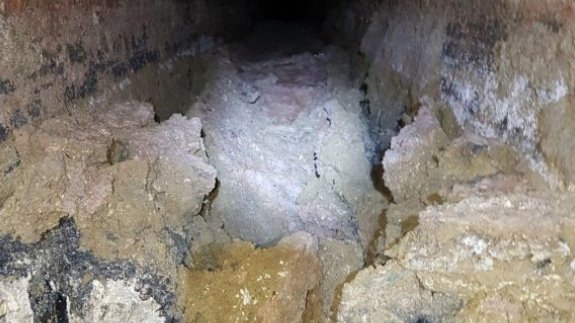 Thames Water’s nine-week battle against the “monster fatberg” in Whitechapel has come to an end.

The fatberg below the east London street, found in September, was a solid mass of fat, oil, wet wipes, condoms and other sanitary products.

The water company said the work took longer than expected due to the damage the fatberg – which weighed 130 tonnes – caused to the sewer.

The final stretch had to be removed manually, using brute force and shovels.

Thames Water says its ‘Bin it-don’t block it’ message is simple, with poo, pee and toilet paper the only things that should ever be flushed down the toilet.

Alex Saunders, Waste Network Manager adds: “Our work is finished and the beast finally defeated after a mammoth effort from the team. It was some of the most gut-wrenching work.

“The good news is it helped Thames Water and other water companies around the world get the message across that cooking fat, oils and grease should never go down the plughole. As you have seen, when combined with wet wipes, sanitary products, underwear, nappies and anything else that shouldn’t be flushed, we’re faced with having to clear out these giant, rock-hard fatbergs.”

The fatberg will be converted into around 10,000 litres of biodiesel.

The water company spends around £1 million a month clearing blockages from its 68,000 mile sewer network.