The shutdown of one of the major oil pipelines in the North Sea is worth around £20 million a day. That’s according to industry body Oil & Gas UK, which […] 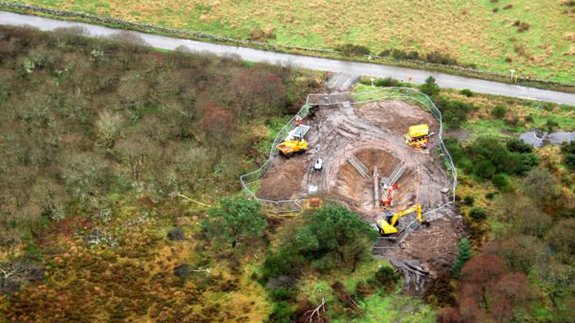 The shutdown of one of the major oil pipelines in the North Sea is worth around £20 million a day.

That’s according to industry body Oil & Gas UK, which made the comment following INEOS’ announcement to close the Forties Pipeline System for repair.

The pipeline carries around 40% of North Sea crude oil.

The petrochemicals giant discovered a “small hairline crack” in the pipe at Red Moss near Netherley, south of Aberdeen, last week.

It said despite reducing the pressure, the crack has extended and as a consequence, the Incident Management Team decided on a controlled shutdown of the pipeline.

INEOS added: “A number of repair options are currently being considered and progressed. At this stage, it is still too early to say how quickly the repair will take at this point but it is expected to be a matter of weeks rather than days.

“For the time being, the 300-metre cordon set up at the site remains in place. The results of the inspections will determine how long the precautionary safety cordon has to remain in place.”

Oil & Gas UK said it has been in touch with INEOS and is “closely monitoring the situation”.

Chief Executive Deirdre Michie added: “The shutting down of the Forties pipeline does cause significant issues for our industry, financially, operationally and commercially – 40% of oil production is now shut in and the resulting lost production is worth around £20 million per day at current oil prices to industry. We hope this can be resolved safely and as quickly as possible.”