Renewable energy is becoming the power source of choice for corporate electricity users. That’s according to a new report from the RE100 initiative, which sees international companies commit to using […] 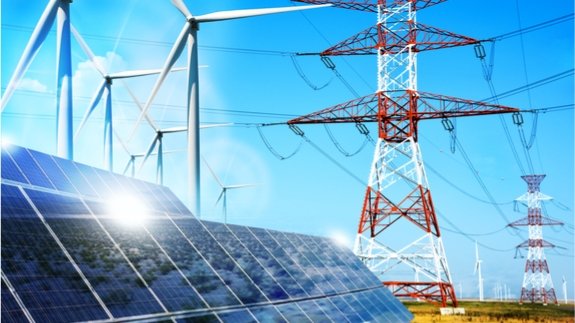 Renewable energy is becoming the power source of choice for corporate electricity users.

That’s according to a new report from the RE100 initiative, which sees international companies commit to using 100% clean power to accelerate the move towards a zero emissions global economy.

The group says on-site electricity generation from companies’ own facilities has increased more than 12-fold in Europe in recent years, with renewable energy consumption from Power Purchase Agreements (PPA) almost doubling to 704,300MWh.

It adds green electricity contracts with suppliers are the main way European companies get access to clean power, making up around 63% of total clean energy consumption.

The RE100 suggests policies remain the main barrier to adoption – regional variation means 63% of the electricity purchased through PPAs was in the UK, where the policy framework encourages investment more than elsewhere.

The remainder took place primarily in Ireland, the Netherlands and Scandinavia.

Sam Kimmins, Head of RE100 at The Climate Group, said: “With more than 100 international corporations now committed to sourcing 100% renewable electricity through RE100, we need to see better, more supportive policies in Europe that can help remove the barriers to going renewable.”