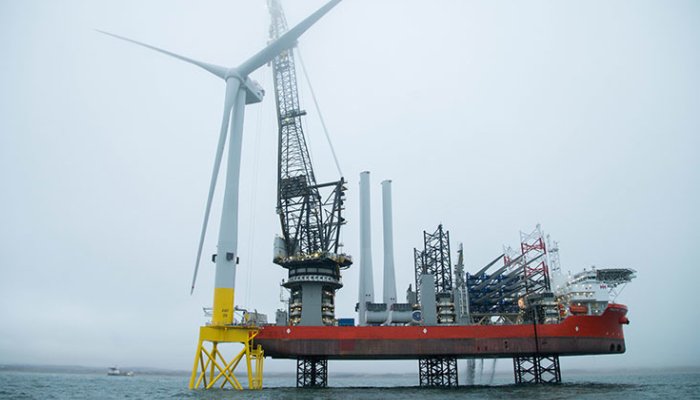 Vattenfall has successfully installed what it says is the most powerful offshore wind turbine in the world off the coast of Scotland.

The structure is the first of 11 turbines to be installed at Vattenfall’s European Offshore Wind Deployment Centre (EOWDC) in Aberdeen Bay – two of the structures will have a capacity of 8.8MW, with the other nine producing 8.4MW of power.

The renewable energy firm says the new turbines will substantially boost the EOWDC’s output to 93.2MW, allowing the facility to produce the equivalent of more than 70% of Aberdeen’s domestic electricity demand and displace 134,000 tonnes of carbon dioxide each year.

The 164-metre rotor at the top of each tower has a circumference larger than the London Eye, with one rotation of the blades able to power the average British household for a day.

“The EOWDC, through its innovative approach to cost reduction and pioneering technologies, leads the industry drive towards generating clean and competitive wind energy power – one that will reinforce Scotland’s global energy status.”