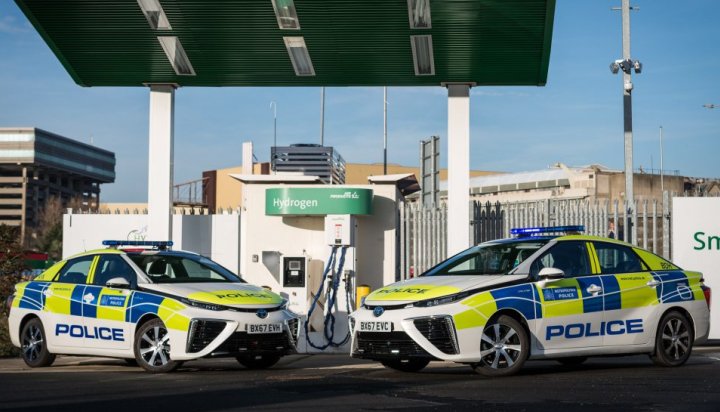 The Metropolitan Police Service has bought 11 hydrogen-powered Toyota Mirai cars to help create what it claims will be the world’s largest fleet of zero-emission fuel-cell electric police vehicles.

It says the cars, which will be equipped to work as both marked and unmarked vehicles, will produce water as their only tailpipe emission as hydrogen is turned into electricity to power its motor.

Their introduction is expected to support the Mayor of London’s clean air strategy by helping to reduce the amount of carbon dioxide, particulate matter and nitrogen dioxides produced by the Met’s fleet.

The cars will have access to five hydrogen filling stations across the capital – a number that’s set to increase in the future – and each car is expected to be able to cover approximately 300 miles on a full tank of hydrogen.

Met Commander Neil Jerome said: “The Met is committed, alongside the Mayor, to making the service as environmentally friendly as possible and a big part of that work is ensuring our fleet is green.

“Since late 2015 we have been actively looking at ways to hybridise and electrify our fleet as well as exploring other new technologies such as hydrogen.”