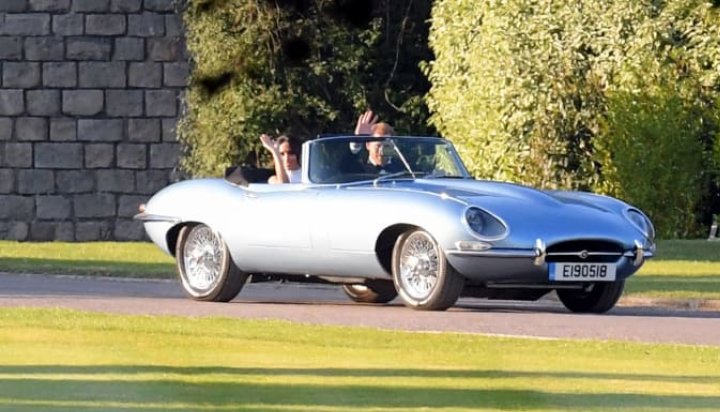 The wedding reception of the Duke and Duchess of Sussex this weekend had an unlikely guest – an electric Jaguar E-Type.

Prince Harry drove his bride Meghan Markle from Windsor Castle to nearby Frogmore House in the low carbon car, which was originally built in 1968 and has been recently converted to battery power.

Jaguar Land Rover Classic, the heritage division of the British carmaker, launched the service to restore and convert existing E-Types to electric power last year as part of its Concept Zero initiative.