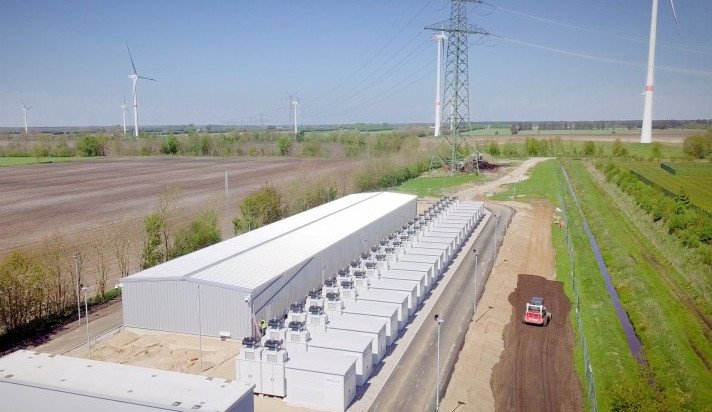 A new 48MW battery facility in Germany is now ready to supply reserve capacity to the electricity grid.

Dutch utility Eneco claims the unit in Jardelund is Europe’s largest battery, built to help balance a region saturated with intermittent forms of renewable generation such as wind turbines.

The firm said the battery, which was constructed in just eight months, will now begin to participate in the weekly auction of primary reserve capacity.

It contains around 10,000 lithium ion batteries, enough to supply flexible power to more than 5,000 German households for 24 hours.

Its developer said it is now investigating the possibility of connecting local wind farms to the facility, allowing for temporary storage in the event of wind overproduction.