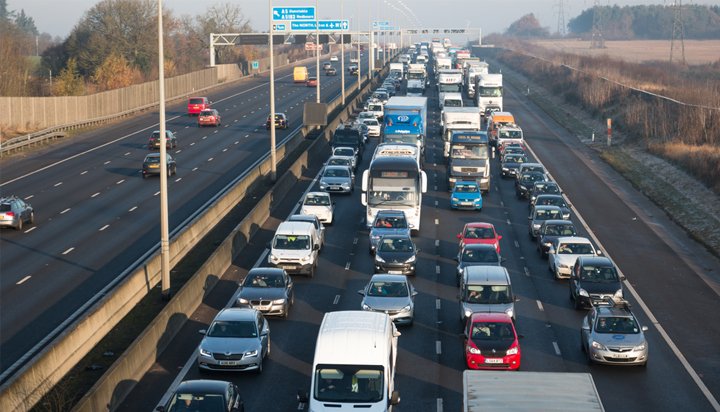 Mayors representing 20 million people across England and Wales are calling on the government to bring forward the ban on new diesel and petrol vehicles by a decade.

City leaders, including London Mayor Sadiq Khan, believe the government should set a target to phase out polluting vehicles by 2030 instead of 2040 to improve air quality.

Air pollution is currently estimated to contribute to more than 40,000 premature deaths across the UK every year, with emissions from cars and vans estimated to cost £6 billion a year.

In addition to the earlier phasing out of diesel and petrol vehicles, the mayors are seeking assistance for an enhanced Clean Air Fund from government and manufacturers that will support Clean Air Zones and a targeted national vehicle renewal scheme to replace older polluting cars.

Mr Khan said: “Air pollution is not an isolated problem, it’s a national health crisis. Our country’s filthy air is shortening lives, damaging lungs and severely impacting on the NHS. That’s why we’re bringing together city leaders from across England and Wales to put this at the top of the agenda.

“We have to take bold action but while we’re doing what we can, we need government support to do even more.”

Andy Burnham, Mayor of Greater Manchester added: “We have all been too complacent about the public health crisis of people breathing in illegal, polluted air… Greater Manchester is ready to break out of that and show the ambition needed to clean up our air. But we can’t do it alone. We need to see the same level of ambition from the government in the form of substantial, up-front investment.”

The government said its current 2040 target goes further than almost every other European nation.

A spokesperson added: “This is an ambitious and challenging timetable recognising the wider technological, infrastructure and behavioural changes that need to take place in order to support this transition.

“Air pollution has improved significantly since 2010 but we recognise there is more to do which is why we have a £3.5 billion plan to reduce harmful emissions and will set out further actions through a comprehensive clean air strategy later this year.”