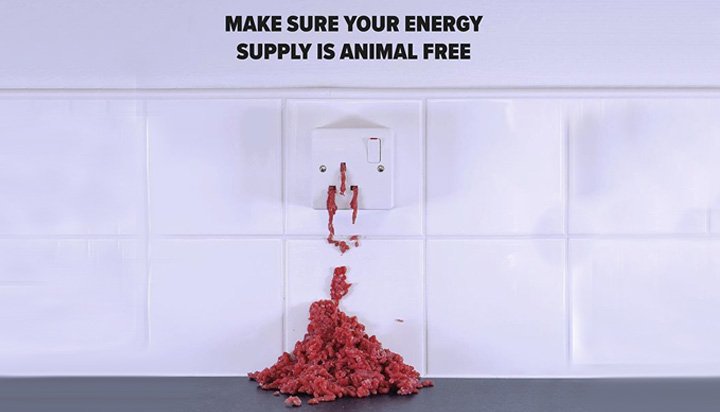 Ecotricity has launched what it claims is the world’s first “vegan electricity” tariff in the UK.

The green energy supplier said customers who are vegan or vegetarian are unaware a portion of the gas and electricity they use are provided using waste meat and dairy products.

It claims some projects use slurry from livestock farms or dead salmon from factory fish farms.

Dale Vince, Founder of Ecotricity said: “For millions of Britons there’s a secret ingredient in their power, energy companies big, small, brown and green are using the by-products of factory farming to make electricity and gas. That’s not against the law but it shouldn’t be a secret, any more than the ingredients in the food we buy should be secret – energy suppliers need to come clean. We need clear labelling of energy sourcing so that people can make informed choices.”

“A large and growing number of people in Britain make choices everyday according to their principles to avoid animals and animal-derived products or those from factory farms – but millions of people unwittingly supporting the meat industry with their energy bills.”

He claims energy provided by Ecotricity has been vegan “for as long as we’ve been able” and the company is now backing this up with registration from the Vegan Society “so that people can be clear”.