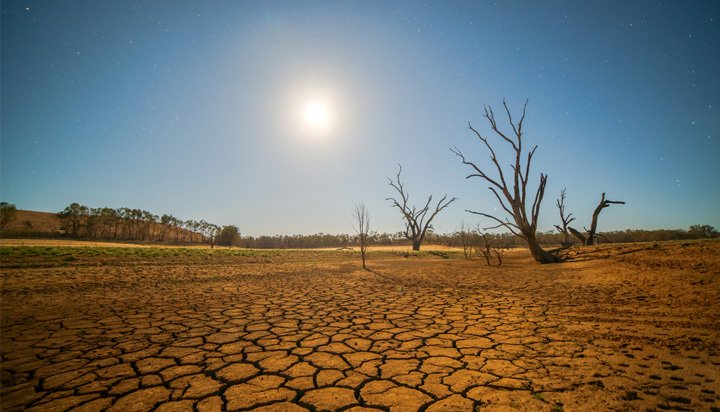 The concentration of carbon dioxide (CO2) in the atmosphere rises faster during periods of drought as stressed ecosystems absorb less carbon.

That’s according to new research, which found during the driest years such as in 2015, natural ecosystems removed around 30% less carbon from the atmosphere than during a normal year, which led to the concentration of CO2 increasing faster.

Land ecosystems absorb on average 30% of carbon emissions caused by humans but during droughts, plans reduce photosynthesis and capture less CO2 from the air.

The study, led by ETH Zurich and supported by the UK’s University of Exeter and France’s Laboratoire des Sciences du Climat et de l’Environnement, used innovative satellite technology to measure the global sensitivity of ecosystems to water stress – as conventional satellites only see what happens at the surface and cannot measure how much water is available underground.

They found when there is a major drought in a given region, there is less water mass and gravity is consequently slightly weaker over that region.

By measuring this, scientists are able to estimate large-scale changes in water storage to an accuracy of around four centimetres globally.