Could desert-based renewables bring rain to the Sahara? 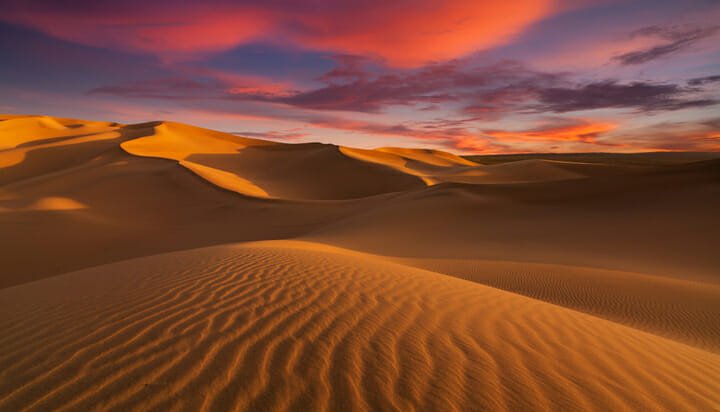 Solar power plants and wind farms covering large surfaces of the Sahara Desert would potentially be able to contribute to increased rainfall in the region.

That’s according to a new study led by Yan Li, a postdoctoral researcher at the University of Illinois, which suggests the presence of renewable infrastructure on the desert floor would create a local temperature increase, in turn resulting in increased surface friction and reduced albedo, which refers to reflectivity.

These factors would increase absorption of solar radiation and warm the surface, leading to low pressure and rising waves of hot air, triggering precipitation.

The study estimates precipitation in the Sahara would increase from 0.24mm a day to 0.59mm a day in the case of combined wind and solar farms, roughly a 150% increase.

This would likely lead to an increase in vegetation coverage,increasing rainfall in the region and creating a positive feedback loop.

The researchers specified that the wind and solar facilities simulated in their study would generate approximately 3TW and 79TW of electricity respectively over a typical year – the vast scale required means the study is a largely theoretical exercise but researchers suggest the effects of renewables upon the local environment must not be ignored.