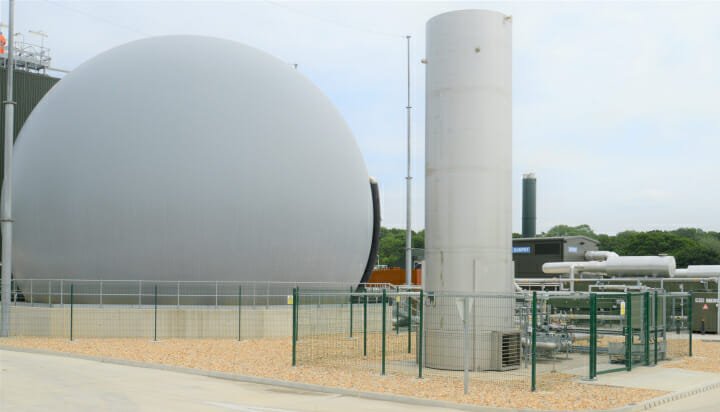 A sewage treatment plant in Basingstoke is now entirely powered by poop.

After a £53 million upgrade tripled its energy generation capacity, the Thames Water facility now produces enough energy from sewage to power the whole site, making it one of the firm’s only facilities to be able to do so.

It now uses giant pressure cooker-like reactors to heat up sewage from more than 130,000 people, producing biogas, which is in turn converted into 24MWh of electricity every day.

This is roughly equivalent to the amount of power needed to supply 2,850 homes.

Thames Water supplies around a quarter of its energy needs with biogas, wind and solar, helping to reduce its greenhouse gas emissions by 66% since 2015 and save £30 million in energy costs last year.

Matthew Gee, Thames Water Energy and Carbon Efficiency Manager, said: “A recent upgrade to the equipment used at Basingstoke has trebled the amount of renewable energy we can generate and treats enough waste product to fill 33 Olympic swimming pools every year.

“This is great news for us and our customers as it’s better for the environment and keeps costs down.”