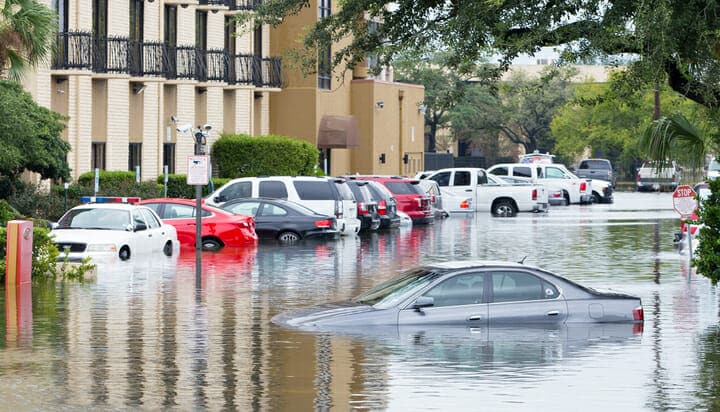 Climate change could lead to a threefold increase in powerful storms bringing flooding to Europe and North America by the end of the 21st century.

New research from a team led by the University of Exeter has warned the increasing frequency of extratropical cyclones is likely to cause widespread social and economic damage.

It claims unless there is a significant reduction in greenhouse gas emissions, there will be a marked increase in the number of storms happening the Northern Hemisphere – the study suggests the impact on local communities could be severe, with more intense storms leading to greater large-scale flooding events.

More extreme weather is expected to see warm air from the south and cold air from the north meet, causing weather fronts to form and inducing heavy rainfall.

Dr Hawcroft, a Research Fellow in Exeter’s Mathematics Department, said: “It is expected that precipitation extremes will increase in intensity and frequency in a warmer climate. In this work, we have attributed those changes to the events which bring much of our large-scale rainfall and flooding.

“This additional information, on the dynamical nature of changes, is important since it provides clear information on the nature and impact of the changes in precipitation that can be used, for example, in policymaking and adaptation planning.”