Ofgem is consulting on how it recovers the costs of the networks used to transport electricity to consumers, which currently amount to around £9bn a year 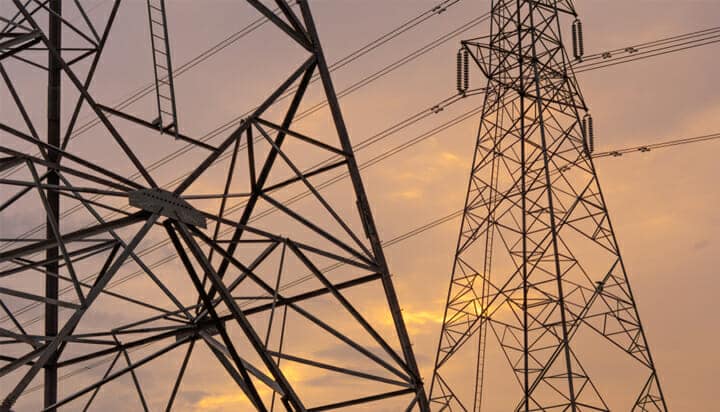 Some households and businesses generating their own power could face extra charges under latest proposals set out by Ofgem.

It is consulting on how it recovers the costs of the networks used to transport electricity to consumers, which currently amount to around £9 billion a year, ultimately reflected on their energy bills.

The costs are recovered through two types of charges: ‘forward-looking charges’, which send signals about how much costs will increase or decrease with network usage and ‘residual charges’ which recover the remainder of the costs.

The consultation focuses on residual charges, which provide additional revenues the companies are allowed to recover for running the networks.

The regulator is proposing to introduce fixed residual charges for all households and businesses rather than charges based on the amount of electricity they take from the grid.

It wants to ensure these costs are “shared fairly” among all those who may want to use the electricity networks, as more consumers are generating power onsite, particularly from renewables such as solar power and taking less electricity from the grid.

However, they still rely on the grid, for example, on dark winter evenings when no solar power is produced.

Under the latest proposals, while some homes and businesses will save money, other, including those that generate power at home or onsite, could pay more.

Ofgem is seeking views on whether these changes should be implemented in 2021 or phased in between 2021 and 2023.

It is also proposing to remove some of the differences in the way smaller generators connected to the distribution network are charged compared to larger generators – removing some of these remaining ‘embedded benefits’ is expected to lead to “significant savings”.

Overall, the reforms could save consumers between £5 billion and £7.6 billion from when they are implemented, up to 2040, according to Ofgem.

The consultation is open until 4th February 2019.

The need for action comes from the changes in the energy sector. More and more businesses and households have their own generation in the form of solar panels or wind turbines or more traditional types of generation. Electricity storage is becoming more common and the UK is seeing increased take up of heat pumps and electric vehicles. The existing approach to reflecting the costs of the electricity networks in the charges people pay is becoming increasingly problematic. The rapid pace of changes in energy mean that the issues with the existing charging structure are likely to become worse over time.

Ofgem is therefore taking action to address this and to ensure that network charging works in the interests of current and future consumers as a whole. In July 2018, it consulted on a review of access arrangements to networks, how capacity is allocated and used and the forward-looking charges and the signals they give to those using the system. This review would aim to ensure that those who take action which benefits the electricity system and consumers as a whole pay less. This document focuses on the residual charges – charges which recover the remainder of the costs after the forward-looking network charges have been levied – and balancing charges to the extent they provide benefits to particular generators.

It is now consulting on two aspects of change: on the best way of setting the transmission and distribution residual charges; and on some of the remaining “embedded benefits” – which are different charging arrangements for smaller generators connected to the distribution system (called ‘smaller embedded generators’), compared to larger generators. Both of these are covered by a Significant Code Review where we are establishing the basis for detailed changes to be made by the industry. We are consulting on the direction we will give to the industry next year. On setting transmission and distribution residual charges, after significant analysis of different approaches, we consider that there are two leading options and we are consulting on these. They are:

A Fixed Charge: Charges are set for individuals in customer segments, with these segments being based on an existing industry approach. This is Ofgem’s preferred option.

An Agreed Capacity Charge: For those larger users who have a specified agreed capacity, a charge would be calculated directly. Capacity for households and smaller business would be based on assumed levels.

In addition to the overall distributional effects, which saves the median domestic consumer £8, the regulator’s proposed changes to residual charges could save around £2 a year for households in the longer term. but this variation is dependent on views on the future.