France bids adieu to 14 of its nuclear power stations 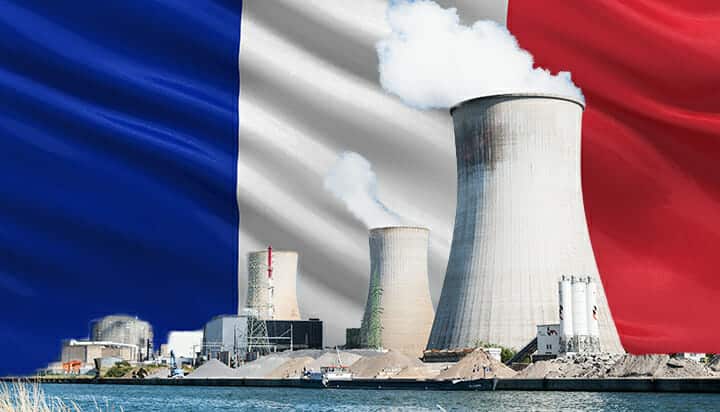 French President Emmanuel Macron has said the nuclear-reliant nation will close 14 of its 58 operational nuclear reactors by 2035.

The leader added between four and six facilities will be closed by 2030 but warned that reducing the proportion of the energy mix derived from nuclear sources does not mean renouncing the technology altogether.

France currently relies on nuclear power for nearly three-quarters of its electricity needs – the government aims to halve this by 2035, replacing it with clean energy such as wind and solar.

The President said: “I would have liked to be able to do it as early as 2025, as provided for by the Energy Transition Law but it turned out, after pragmatic expertise, that this figure brandished as a political totem was in fact unattainable.

“We therefore decided to maintain this 50% cap but by postponing the deadline to 2035.”

He added France would aim to triple its wind power output and increase solar output five times over by 2030, as well as close its remaining four coal-fired power plants by 2022 as part of efforts to reduce carbon dioxide emissions and slash harmful air pollution.

The nation will commit €5 billion (£4.4bn) a year to renewable growth, financed by a fuel tax.