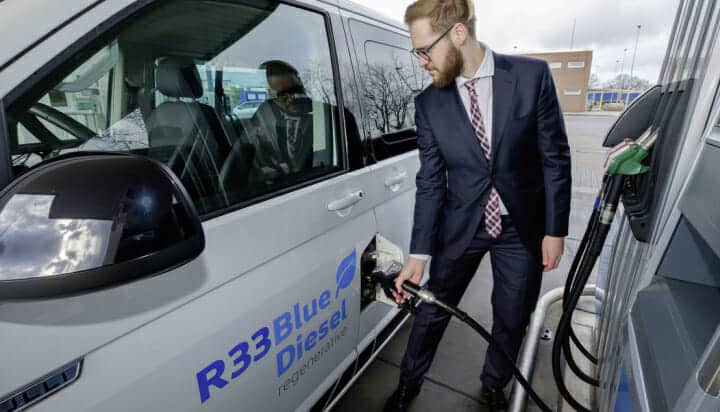 Volkswagen (VW) has finished testing its R33 BlueDiesel fuel, which it says produces a fifth less emissions than traditional diesel.

The newly developed fuel enables carbon dioxide savings of at least 20%, enabling major fleet customers to achieve climate protection goals without having to convert the engines of their existing vehicles.

VW employees tested the new fuel over a period of nine months, leading to it now being used permanently at the firm’s filling stations in Wolfsburg – introduction at further locations is planned.

R33 BlueDiesel has a bio content of around 33%, which is made up of residual and waste materials such as old chip fat.

Project Manager Professor Thomas Garbe said: “R33 BlueDiesel is particularly suitable for companies that rely on diesel vehicles due to their long fuel ranges and still want to achieve their environmental goals.

“We are preparing for a significant increase in demand for liquid fuels from residual materials and for advanced biofuels in the medium term.”