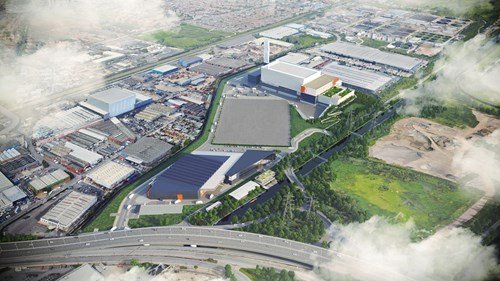 Work has started on a new project to replace the energy from waste facility in Edmonton in London.

The North London Waste Authority (NLWA), which is made up of 14 councillors from each of the seven boroughs, had previously announced plans to overhaul and replace the huge energy recovery plant at the EcoPark.

The current plant has generated electricity from waste for more than 45 years and is reaching the end of its useful life – the new facility will be capable of supplying both heat and power using waste that cannot be recycled from homes and businesses.

It is expected to treat up to 700,000 tonnes of waste a year in the seven boroughs, home to more than two million residents.

Cllr Clyde Loakes, NLWA Chair said: “This is a momentous time for North London Waste Authority. The project is pivotal for creating a more efficient solution to our waste that will better serve our residents. We are excited to start putting plans into action for a sustainable future of waste in north London.”

The NLWA has entered into a contract with Buckingham Group Contracting Limiting for the project, which is expected to become operational in 2025.