The project is expected to save the MOD nearly £300,000 every year 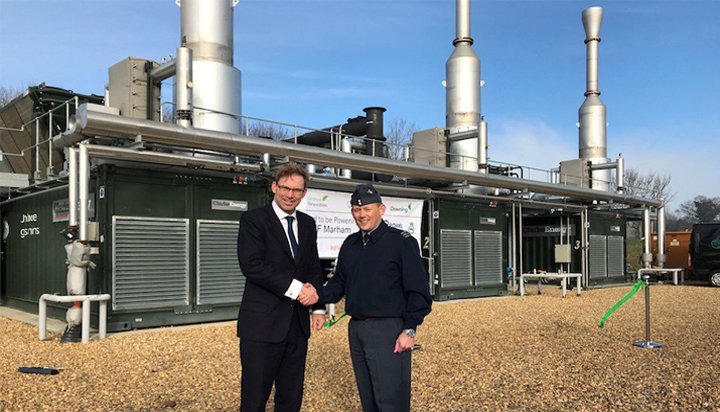 A military airbase in the UK is to be powered by renewable electricity and help the Ministry of Defence (MOD) save nearly £300,000 a year.

Around 95% of the power needs of RAF Marham will be provided by a Norfolk biogas plant, generated from locally-grown and fermented crops.

The process, called anaerobic digestion, provides gas which is collected and used to power multiple generators that produce electricity. The waste residue from the process can then be dried and used as fertiliser to help grow local crops.

The project is also expected to reduce the MOD’s carbon emissions by 14,000 tonnes a year.

“I hope that this plant can act as a model and we can see more sustainable energy schemes rolled out across other military bases.”