It is abandoning its plan to replace three ageing gas plants – Scattergood, Haynes and Harbor – with newer technology 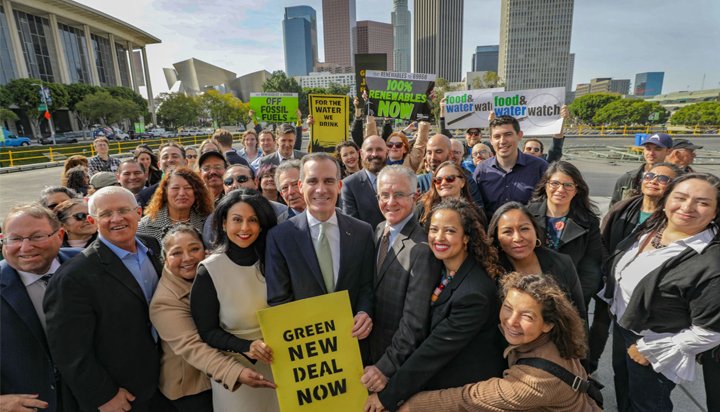 Mayor Eric Garcetti said the city is abandoning its plan to replace the ageing gas plants – Scattergood, Haynes and Harbor – with newer technology as part its move away from fossil fuels.

The decision to phase out the units – which together represent around 38% of the city’s current natural gas portfolio – by 2029 will accelerate LA’s transition to 100% renewable energy and put it on track to meet its 2050 carbon neutral goal.

The LA Department of Water and Power (LADWP), under the direction of the mayor, launched a 100% Renewable Energy Study in 2017 with the National Renewable Energy Laboratory to determine a feasible path to clean energy.

It will, therefore, allocate funds for advanced renewable energy technologies such as smart solar and energy storage projects over the coming years.

Mr Garcetti said: “This is the beginning of the end of natural gas in Los Angeles. The climate crisis demands that we move more quickly to end dependence on fossil fuels and that’s what today is all about.”