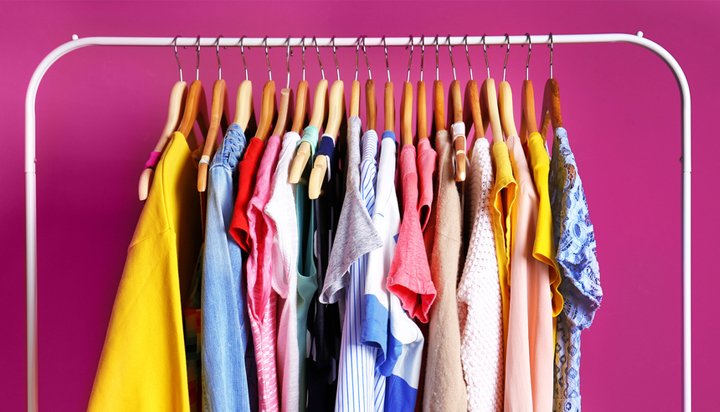 Fashion retailers should charge producers a penny per garment to reduce textile waste and those with a turnover above £36 million should set mandatory environmental targets.

That’s according to the Environmental Audit Committee (EAC), which found implementing the charge could help raise £35 million to invest in better clothing collection and sorting in the UK as well as create new “green” jobs in the sorting sector, particularly in areas where textile recycling is already a specialist industry such as Huddersfield, Batley, Dewsbury and Wakefield.

Its latest report found the UK buys more clothes per person than any other European country and what can’t be sold is torn up and turned into insulation and mattress stuffing while around 300,000 tonnes of textile waste ends up in household black bins every year – 80% of which is incinerated and 20% sent to landfill.

Less than 1% of material used to produce clothing is said to be recycled into new clothing at the end of its life and retailers are burning new, unsold stock “merely to preserve their brand”.

The Committee warns while some in the fashion industry are making progress in reducing their carbon and water consumption, the improvements have been outweighed by the increased volumes of clothing being sold.

It says a voluntary approach to improving the sustainability of the fashion industry is “failing”, with just 11 retailers – including Arcadia Group, ASOS, Primark and M&S – signed up to reduce their water, waste and carbon footprints.

It, therefore, recommends compliance with WRAP’s Sustainability Clothing Action Plan targets should be made mandatory for all retailers with a turnover of more than £36 million as a “licence to practice” and government should work with retailers to increase use of digital supply chain technology for better traceability.

The report adds the biggest retailers have “chased the cheap needle around the planet”, commissioning production in countries with low pay, little trade union representation and weak environmental protections.

MPs on the Committee are also calling on the government to look into whether its proposed tax on virgin plastics, from 2022, should be applied to textile products that contain less than 50% recycled PET to stimulate the market for recycled fibres in the UK.

They found while some designers in the UK are taking the lead on sustainable fashion, they are faced with competition from businesses focused on reducing costs and maximising profits “regardless of environmental or social costs”.

They are, therefore, also calling for an Extended Producer Responsibility (EPR) scheme, which would reward fashion companies that offer repair services and design products with lower environmental impacts while penalising that do not.

The EAC also believes curriculums in schools should include lessons on designing, creating and repairing clothes and the fashion industry should set out a blueprint for a net zero emissions world, reducing their carbon consumption back to 1990 levels.

The call comes as the industry has seen an increase in, what’s called, “fast fashion”, which involves increased numbers of new fashion collections every year, quick turnarounds and often lower prices.

It believes the government’s recent pledge to review and consult on extended producer responsibility for the textile industry by 2025 is “too slow” and wants action before the end of this Parliament.

EAC Chair Mary Creagh MP said: “Fashion shouldn’t cost the earth. Our insatiable appetite for clothes comes with a huge social and environmental price tag: carbon emissions, water use, chemical and plastic pollution are all destroying our environment. In the UK, we buy more clothes per person than any other country in Europe. As a result, we get rid of over a million tonnes of clothes, with £140m worth going to landfill, every year.

“Fashion retailers must take responsibility for the clothes they produce. That means asking producers to consider and pay for the end of life process for their products through a new Extended Producer Responsibility (EPR) scheme. The government must act to end the era of throwaway fashion by incentivising companies that offer sustainable designs and repair services. Children should be taught the joy of making and mending clothes in school as an antidote to anxiety and the mental health crisis in teenagers. Consumers must play their part by buying less, mending, renting and sharing more.”

ELN has contacted the Department for Environment, Food & Rural Affairs (Defra) for a statement.