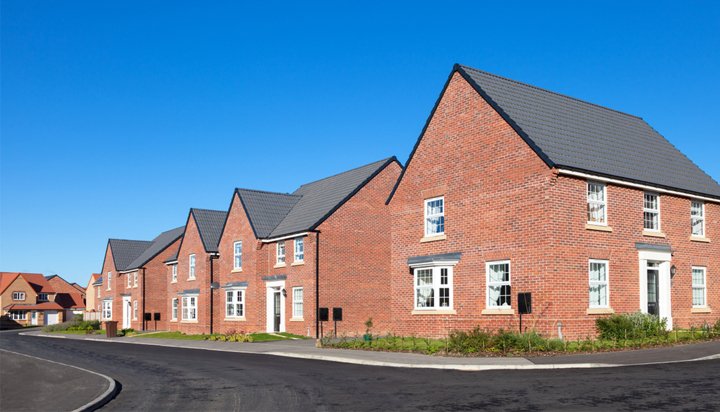 The quality of homes in the UK must be improved to reduce greenhouse gas emissions and ensure they are “climate-ready”.

The call from the Committee on Climate Change (CCC) comes as it warns the nation’s legally-binding climate targets will not be met without the near-complete elimination of emissions from UK buildings.

It suggests the housing stock is “largely unprepared” for climate change as current government policies and standards are failing to drive either the scale or the pace of change needed for low carbon and resilient homes.

The Committee says UK building standards are “inadequate, overly complex and not enforced”, local authorities don’t have sufficient resources to address the need for climate change resilient homes, home insulation installations have stalled and key policies like the zero carbon homes scheme have been weakened or withdrawn.

Its report adds around 4.5 million homes overheat, even in cool summers, 1.8 million homes are in areas of significant flood risk and average UK water consumption is higher than in many other European countries.

It has set out five priorities for government action to “put these things right”:

Performance and compliance: The CCC believes households are being “deceived” when homes being built and retrofitted fall short of design standards. Closing the ‘performance gap’ is expected to save new homes between £70 and £260 on energy bills. In addition, it is calling for widespread inspection and enforcement of building standards, with stiffer penalties for non-compliance.

Skills gap: The Committee says the “chopping and changing” of government policy has led to a skills gap in housing design, construction and in the installation of new technologies.

It is therefore recommending the launch of a nationwide training programme and using initiatives under the Industrial Strategy’s Construction Sector Deal to invest in training designers, builders and installers of low carbon heating and measures to improve energy and water efficiency, ventilation and property-level flood protection.

Retrofitting existing homes: Homes should make use of low carbon heating such as heat pumps and heat networks and the uptake of energy efficiency measures, such as loft and wall insulation, should be accelerated, it suggests.

Building new homes: They should be built to be low carbon, energy and water efficient and climate resilient and no new homes should be connected to the gas grid from 2025 at the latest. The Committee says they should be heated using low carbon energy sources and be highly energy efficient.

Finance and funding: The government is being urged to address “urgent” funding gaps, including support for low carbon heating beyond 2021 and better resources for local authorities, particularly ‘building control’ departments.

The CCC also suggests the government should implement the recommendations from the Green Finance Taskforce on green mortgages such as preferential rates of owners of energy efficient and low carbon homes and green loans to cover the upfront costs of home sustainability improvements.

Baroness Brown, Chair of the CCC’s Adaptation Committee said: “This report confirms that we have long-suspected: UK homes are largely unprepared for climate change. The government now has an opportunity to act. There must be compliance with stated building designs and standards. We need housing with low carbon sources of heating. And we must finally grasp the challenge of improving our poor levels of home energy efficiency.

“As the climate continues to change, our homes are becoming increasingly uncomfortable and unsafe. This will continue unless we take steps now to adapt them for higher temperatures, flooding and water scarcity. Our report shows that this work has barely begun.

“Climate change will not wait while we consider our options – the nationwide shift we need to make UK homes climate-ready must start today.”

The government said it has committed to halving energy use in new buildings by 2030 and moving to clean heating as well as halving the cost of renovating existing buildings to a similar standard as new ones.

It adds homes built in England have increased in efficiency by more than 30% since 2010 and as well as cutting carbon emissions to tackle climate change, it has helped consumers save £200 a year on average.

The Department of Business, Energy & Industrial Strategy (BEIS) said it is reviewing current energy efficiency standards “and where cost effective, safe and practical”, aim to further strengthen the requirements of new homes and will consult on them later this year.

A government spokesperson added: “The UK has reduced emissions faster than any other G7 nation and moving to a greener, cleaner economy while continuing to grow the economy is at the heart of our modern Industrial Strategy. Over the next 10 years, we have committed to drive £6 billion to improve the energy efficiency of lower income and vulnerable households.”

The Department for Environment, Food & Rural Affairs (Defra) said its record £2.6 billion of investment will better protect 300,000 homes by 2021 and the flood defence programme has provided better protection to more than 142,800 homes since 2015.

It has pledge to spend more than £1 billion on the maintenance of flood defence assets.