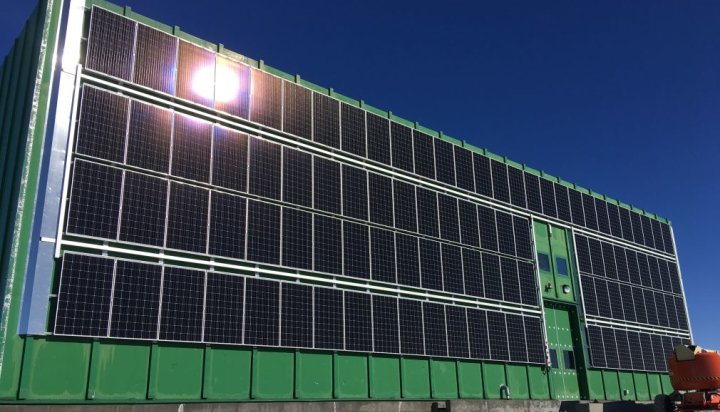 An Australian Antarctic research station is warming up to renewable energy with the installation of its first solar power system.

A total of 105 solar panels with a capacity of 30kW have been installed, which will provide 10% of the total yearly demand of the Casey research station, located on Vincennes Bay in the Windmill Islands, just outside the Antarctic Circle.

The solar panels, from German firm Aleo Solar, have been built to withstand extreme weather conditions in the Antarctic, where wind speeds can reach nearly 300km per hour and the average temperature ranges from -10°C to -60°C depending on the time of year.

The project aims to help reduce the research station’s reliance on diesel fuel, which is delivered yearly by the Australian Antarctic Division’s (AAD) icebreaker, the Aurora Australis, from Hobart, Tasmania – a journey of 3,443 kilometres.

The project is a collaboration between the AAD and Abu Dhabi-based Masdar to investigate a range of energy efficiency and energy management options at Australia’s Antarctic stations.

They are considering connecting the solar panels to a battery storage system and exploring the use of the renewable source at Australia’s other stations.

“It will reduce Casey station’s reliance on diesel generators for electricity, cutting fuel costs and emissions, as well as boosting the station’s capacity in peak demand periods. Once we see how it performs as part of the station’s power grid, we’ll be able to look at how to get more out of the technology in the future.”