Could climate change be the cause of thousands of puffin deaths? 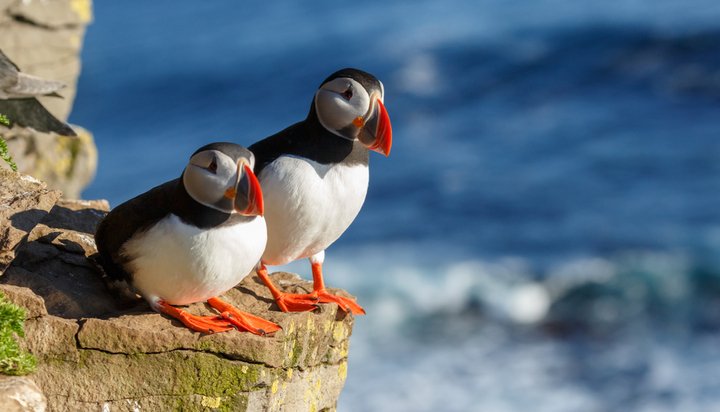 Climate change may have contributed to the deaths of thousands of tufted puffins in Alaska.

That’s according to new research published in the journal Plos One and led by scientists at the University of Washington, who have suggested changing temperatures are disrupting food chains and could have caused a population of seabirds in the Bering Sea, off the coast of Alaska. to starve.

They believe the fish that normally provide a food source for the birds swam further north than usual as a result of rising sea temperatures, meaning they could not be hunted by the puffins.

The fish may have swum off course to reach colder waters or to prey on plankton, which in turn may have been driven into new waters as a result of global warming.

Scientists say hundreds of “severely emaciated” dead puffins and other seabirds began washing up on the beaches of Saint Paul Island in late 2016 – using data modelling techniques, they calculated the total death count in the region could be as high as 8,500 birds.

Most of the dead animals were adults and were moulting at the time, which means losing and regrowing feathers – this stresses the birds and can make them more vulnerable to other risks, such as hunger.

“Almost three-quarters of the carcasses were unscavenged, a rate much higher than in baseline surveys, suggesting ongoing deposition and elevated mortality around St Paul over a two to three month period.”

The problem isn’t just happening in cold areas – a heatwave that swept Australia in 2018 killed a third of an entire bat species.