The network found levels of pollution likely to exceed legal limits not only in central London but also outer boroughs such as Barking, Hillingdon and Kingston 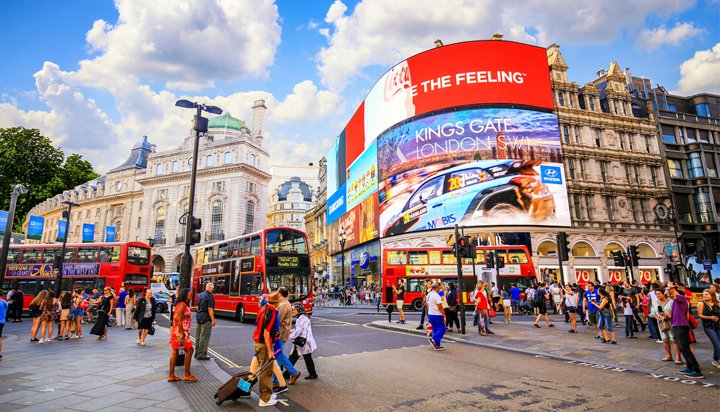 Nearly half of the new air quality sensors installed across London have detected high levels of pollution in the capital.

The Breathe London network, which consists of more than 100 fixed real-time sensors, identified high levels of pollution across 40% of the sites in the first eight months of operation, according to new data released by Mayor Sadiq Khan.

The network also found levels of pollution likely to exceed legal limits not only in central London but also outer boroughs such as Barking, Hillingdon and Kingston.

One hotspot identified was close to a bus garage in Holloway and while the introduction of the Ultra Low Emission Zone (ULEZ) in central London has helped reduce emissions, Transport for London is working with bus operators to investigate what more can be done, including stopping buses idling outside garages whilst waiting to park.

A total of 33 schools had sensors installed, out of which nine schools were found to have nitrogen dioxide levels on course to exceed the legal limit for the year.

Eight of the nine schools have received an air quality audit and a £10,000 grant to make improvements, while the remaining school will be audited by Southwark Council.

Mr Khan said: London’s filthy air is a public health crisis that leads to thousands of premature deaths in the capital every year as well as stunting the development of young lungs and increasing the number of cases of respiratory illness. It is vital that we face up to the reality of our situation and don’t shy away from the challenges presented by this new data.

“These findings, from our world-leading Breathe London sensor network, are a stark reminder that pollution hotspots exist across London and will refocus our efforts on improving air quality for all. As we face up to the current climate emergency, I hope the success of this scheme will act as a blueprint for cities around the world to battle their own toxic air emergencies.

“But we can’t win this battle alone. The government must take the air we breathe seriously and offer the support London needs to tackle this public health crisis.”