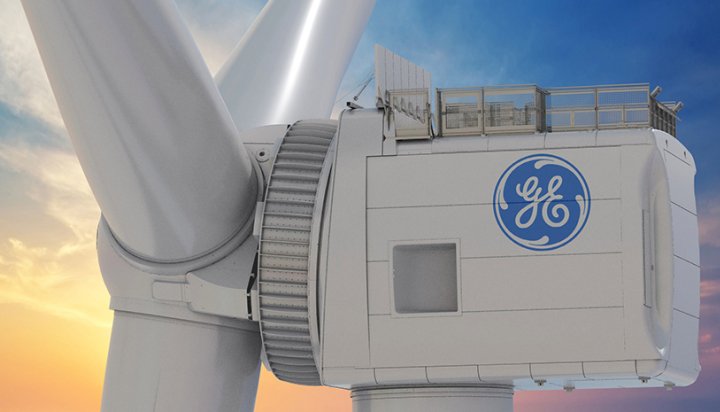 Ørsted has become the first customer of the world’s biggest offshore wind turbines.

The energy giant will use GE’s new Haliade-X 12MW turbines to power its 120MW Skipjack and 1.1GW Ocean Wind projects based off the US coast – the facilities will be located off the coast of Maryland and New Jersey respectively and are due to be commissioned in 2022 and 2024.

The selection of GE as the preferred turbine supplier for the projects marks the world’s first commercial deployment of the cutting-edge infrastructure, each of which boasts a massive rotor diameter of 220 metres.

Each of the turbine’s blades measures 107 metres long, making them approximately equivalent to the length of ten London buses end-to-end – these blades sweep a total area of 38,000 square metres.

Skipjack and Ocean Wind will be Ørsted’s second and third offshore wind farms to deploy turbines from GE – the firm has also been awarded the rights to build more offshore wind farms in the US with a total capacity of around 2.9 GW, due to be commissioned by 2024.

Martin Neubert, Executive Vice President and CEO of Ørsted Offshore, said: “We look forward to introducing the next generation offshore wind turbine to the market.

“For decades, Ørsted has pioneered the introduction of new technology and new suppliers which has been fundamental to drive down the cost of electricity, and today offshore wind is a competitive source of homegrown clean energy that can help countries and states achieve their climate targets while creating long-lasting economic activity.”