A new report reveals there are now 13,500 fewer polluting cars being driven into central London every day 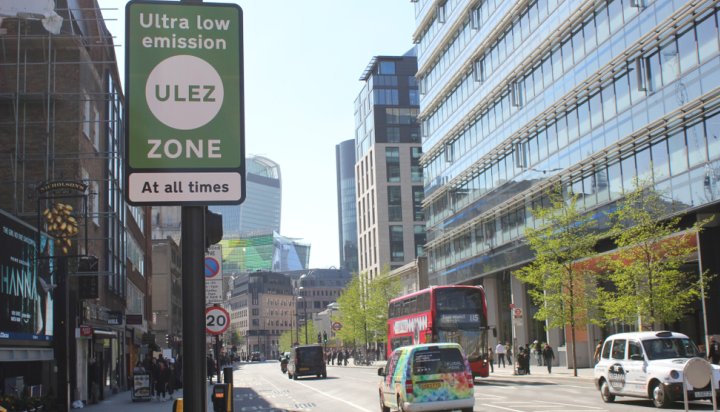 Toxic air pollution from diesel engines has been reduced by a third in London since the introduction of the Ultra Low Emission Zone (ULEZ) six months ago.

A new report reveals there are now 13,500 fewer polluting cars being driven into central London every day, a reduction of 38%, with no increase in pollution around the ULEZ boundary roads.

It suggests roadside nitrogen dioxide (NO2) pollution reduced by 36% since October 2017, when Mayor Sadiq Khan introduced a £10 daily toxicity charge.

The Mayor’s Office adds emissions from road transport in the central zone are 4% or 9,800 tonnes lower than if there was no such scheme.

When compared to 2016 levels, this equates to an expected 13% reduction in emissions if the current compliance rates continued over the course of this year.

Mr Khan said: “These figures prove without a doubt that ULEZ is exceeding expectations, reducing polluting vehicles and cleaning up our lethal air. I am determined to stop Londoners breathing air so filthy it is damaging our children’s lungs and causing thousands of premature deaths. The ULEZ shows what we can achieve if we are brave enough to implement such ambitious policies.

“I now hope the government will match my ambition and amend their environment bill to ensure it has the legally binding WHO- recommended limits to be achieved by 2030 that we need to protect public health.”

The report also suggests there was a reduction in traffic flows in central London in May and September 2019 of between 3% and 9% when compared to last year, indicating the wider benefits of the ULEZ in encouraging people to switch to walking, cycling or using public transport.