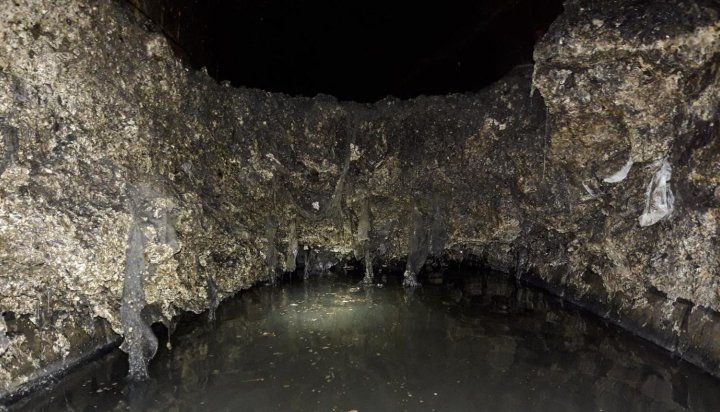 A huge 40-tonne fatberg blocking a sewer in South London has been removed by engineers at Thames Water.

Weighing the same as three red buses, the fatberg was clogging up an underground sewer in Greenwich and was discovered earlier this year.

The removal consisted of a combination of high-powered water jets to blast the blockage loose and removing the debris by hand.

Engineers pulled out tonnes of fat, grease and other materials, which had taken up 80% of the sewer’s capacity.

Thames Water serves 15 million customers and spends £18 million every year clearing 75,000 blockages from its sewers in London and the Thames Valley.

Matt Rimmer, Head of Waste Networks said: “This was a massive and disgusting blockage that took a great deal of effort and teamwork to clear and get the sewer working well again.

“I’m happy that our team was able to get down and work hard to quickly to clear the fatberg before it could cause problems for our customers and the environment.

“We’d urge everyone to help fight the fatberg by only flushing the 3Ps – pee, poo and paper – as well as disposing of fat and oils in the bin, not the sink.”