The salts from the Chilean desert have the capacity to conserve up to 17.5 extra hours of energy captured throughout the day 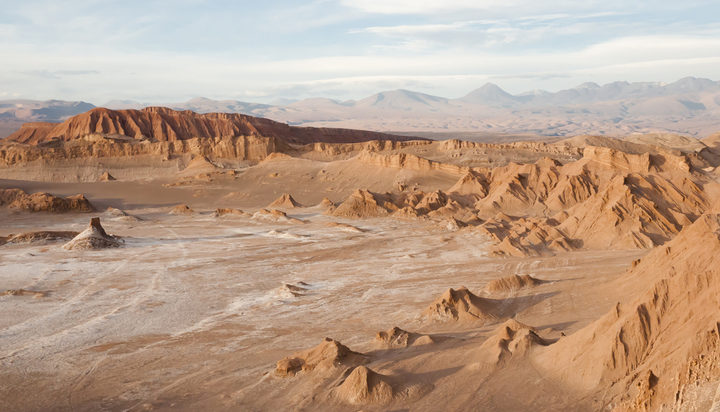 The Cerro Dominador, which is claimed to be the ‘first concentrated solar power (CSP) plant in Chile and Latin America’ has reached one of its milestones – the fusion of more than 46,000 tonnes of salts from the Atacama Desert in Chile.

Melted for 56 days and being kept at a temperature of 560ºC in the plant’s hot tanks and at 290ºC in the cold tanks, the salts can conserve up to 17.5 extra hours of energy captured throughout the day.

The 146-hectare solar thermal plant, which is being built by a consortium formed by Abengoa and Acciona has 10,600 heliostats that will direct solar radiation to a receiver located at 252 metres high.

The function of the receiver is to concentrate the reflected solar radiation from the heliostats and heat the salts that will be stored to generate electricity.

The clean energy generated by the facility could lead to 640,000 tonnes of carbon dioxide savings every year.