This is the final stage of research to investigate if it is logistically, environmentally and economically practical to operate data centre units left on the seafloor for years 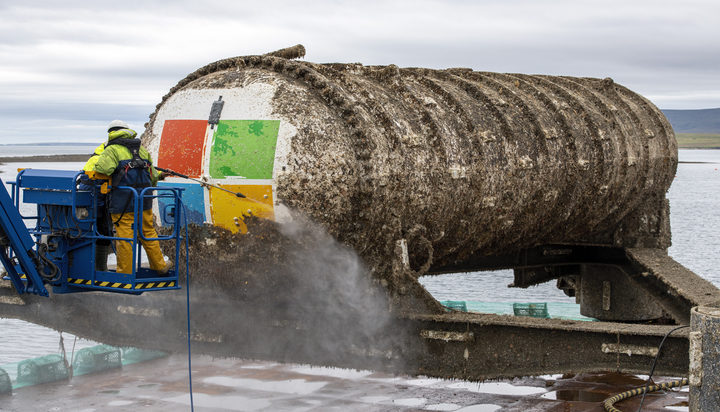 Microsoft has announced it has retrieved the shipping-container-sized data centre the tech giant deployed on the seafloor near Scotland’s Orkney Islands, where renewable energy technologies generate 100% of the electricity supplied to the islands’ 10,000 residents.

The retrieval launched the final phase of years-long research to investigate if it is logistically, environmentally and economically practical to operate data centre units left on the seafloor for years.

The company, which deployed the Northern Isles data centre at a depth of 36 metres in spring 2018, has come to the conclusion that containers on the ocean floor could provide ways to improve the overall reliability and sustainability of data centres.

During the test period, the project, which is powered by tidal and wave energy, had a lower failure rate and energy consumption compared to a conventional data centre.

Spencer Fowers, a Principal Member of Technical Staff for Microsoft’s Special Projects research group, said: “We have been able to run really well on what most land-based datacentres consider an unreliable grid.

“We are hopeful that we can look at our findings and say maybe we don’t need to have quite as much infrastructure focused on power and reliability.”