The facility will test the feasibility of the project, which is designed to travel with passengers and cargo at airline speeds with zero direct emissions 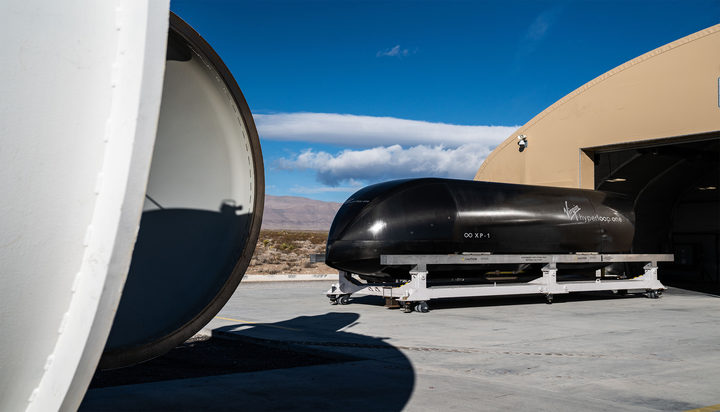 Virgin Hyperloop has chosen West Virginia to be the home of a $500 million (£386m) certification centre to test the company’s super high-speed travel system.

The centre will be the first in the US to investigate the potential of the system, which is designed to travel with passengers and cargo at speeds of more than 1,000 kilometres per hour.

The technology could also mean a trip between Los Angeles and San Francisco would last 43 minutes, compared to one hour and 28 minutes for a flight or a six-hour car journey.

By combining an electric motor and magnetic levitation to allow near-silent travel, hyperloop systems could carry more people than a tube at airline speeds and with zero direct emissions.

The company says the 100% electric project, which has the goal to be safety-certified by 2025 and begin commercial operations by 2030, could support the EU’s Green Deal’s objective.

Sir Richard Branson, Founder of the Virgin Group, said: “The Hyperloop Certification Centre is the start of the hyperloop journey for West Virginia, for the US and for the world. We’re one step closer to making hyperloop travel a reality for people everywhere.”

Jay Walder, Chief Executive Officer of Virgin Hyperloop, commented: “Our goal is to bring together authorities from around the world to set global safety and industry standards for this new mode of ultra-fast, zero-emissions mode of transport.”