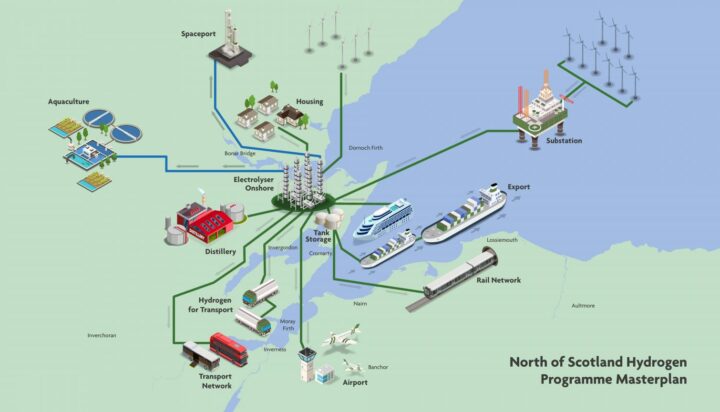 Scotland’s Port of Cromarty Firth will soon build a hydrogen hub that will produce, store and distribute hydrogen to distilleries in the region.

The delivery of green hydrogen will give the facilities the opportunity to decarbonise the heating of their distilleries and maltings.

That would be achieved by using hydrogen instead of fossil fuels to create the energy needed to make steam needed for the distilling process.

A feasibility study will begin this month and is due to be completed in June – it is being funded by partners including ScottishPower, drinks giants Glenmorangie, Whyte and Mackay, Diageo and the consultancy Pale Blue Dot Energy.

The port will use electrolysers to produce green hydrogen – the production will be powered by electricity from current and future wind farms off the coast of the Cromarty Firth, as well as onshore schemes.

“It will also support the just transition of the North Sea supply chain.”

Barry Carruthers, ScottishPower’s Hydrogen Director, said: “The Highlands of Scotland have been at the heart of the renewable energy revolution over the past two decades and now they look set to be at the centre of the green hydrogen revolution.”