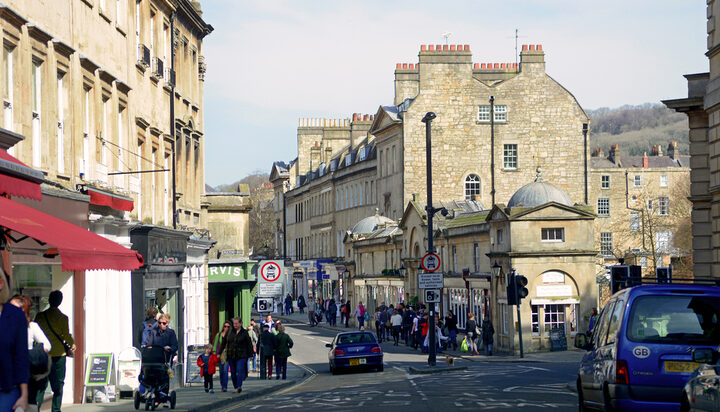 Drivers of polluting cars in Bath face daily fees of up to £100 to drive to the city centre.

The scheme that has been launched today, is set to make the city the first in the UK outside London to introduce a charging clean air zone, with a similar one in Birmingham expected to be introduced on 1st June.

Bath and North East Somerset Council said diesel and petrol vehicles will be charged £9 or £100 a day except for private cars and motorbikes.

The local authority explained the daily charges will apply seven days a week for vehicles with a pre-euro 6 diesel or pre-euro 4 petrol engine.

The clean air zone is designed to tackle the alarming issue of air pollution – several areas in the city regularly exceed the legal limits for nitrogen dioxide (NO2), the council reported.

Councillor Dine Romero, Leader of Bath and North East Somerset Council, said: “This a landmark day for the city. We’ve put up with unacceptable levels of NO2 for too long.

“This is unfair on residents, particularly vulnerable older people and children. We want to reduce NO2 pollution in Bath to within legal limits by the end of 2021 at the latest and a charging clean air zone is the only way we can achieve this.”

Dr Bruce Laurence, Director of Public Health in Bath and North East Somerset, commented: “You can’t see it and you can’t smell it, but NO2 is a hidden killer, contributing to as many as 36,000 early deaths in the UK each year.”