A new ‘North Sea Transition Deal’ will see policymakers and industry invest up to £16 billion in renewables, hydrogen and carbon capture usage and storage by 2030 to reduce carbon emissions 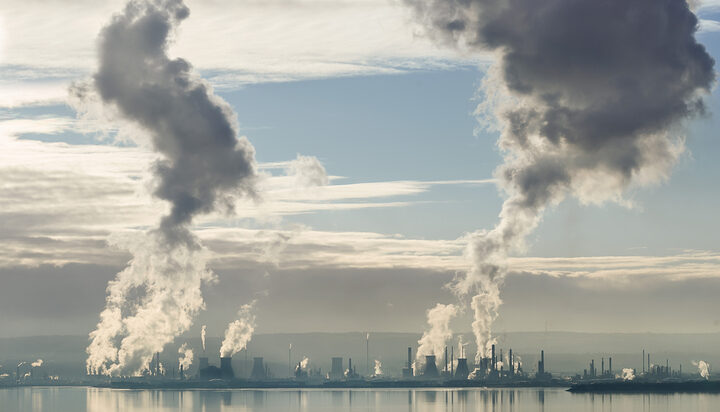 The UK will stop financing overseas fossil fuel projects from 31st March, following a landmark North Sea Transition Deal agreed between the government and the oil and gas sector.

The new agreement will see policymakers and industry invest up to £16 billion in renewables, hydrogen and carbon capture usage and storage by 2030 to reduce carbon emissions.

The new deal also includes the sector’s commitment to ensuring that by 2030, 50% of its offshore decommissioning and new energy technology projects will be provided by local businesses.

The package of new measures is forecast to cut 60 million tonnes of emissions in the next nine years.

Business and Energy Secretary Kwasi Kwarteng said: “Today, we are sending a clear message around the world that the UK will be a nation of clean energy as we build back better and greener from the pandemic.

“We will not leave oil and gas workers behind in the United Kingdom’s irreversible shift away from fossil fuels.

“Through this landmark sector deal, we will harness the skills, capabilities and pent-up private investment potential of the oil and gas sector to power the green industrial revolution, turning its focus to the next-generation clean technologies the UK needs to support a green economy.”

Energy Minister Anne-Marie Trevelyan said: “While the future oil and gas sector will look very different to how it does today, the industry, businesses and supply chains it supports will have a new mission to help the UK decarbonise and develop the clean technologies of the future, as we lead the green industrial revolution.”

Responding to the government announcement, Rachel Kennerley, Climate Campaigner at Friends of the Earth, said: “It’s great that the UK is finally waking up to the disastrous impact of investing in fossil fuels projects overseas.

“But it is still stubbornly pushing on with investing hundreds of millions of pounds in a climate-destroying mega gas project in Mozambique.

“The new policy would not allow this to go ahead, but ministers are still backing the project which is already proving disastrous for local communities in Mozambique while preventing us from stopping further climate breakdown.”

Daniel Willis, Climate Campaigner at Global Justice Now, commented: “It’s simply not true to say the government will no longer fund fossil fuel projects abroad. While today’s announcement is a huge win for climate campaigners, there are significant exceptions that will continue to pollute the planet.

“The UK’s own development bank, CDC Group, fully-owned by the government, will continue to fund fossil fuel projects, making it effectively a rogue institution exempt from these climate commitments.

“And this announcement will only guide, not dictate, the investment policies of other funds and banks that are major recipients of UK funding. This is a missed opportunity to make more serious progress reducing emissions that will undermine the UK’s claims of climate authority ahead of COP26.”