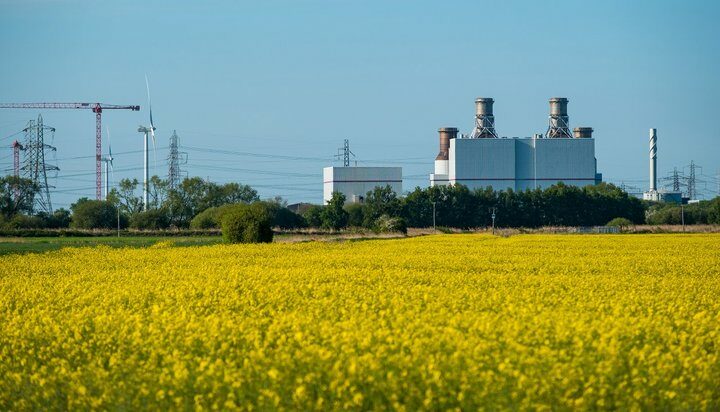 SSE plc’s flexible generation and energy storage arm, SSE Thermal and Equinor has partnered to deploy what is claimed to be the world’s first 100% hydrogen-fuelled generated in the Humber.

The ‘Keadby Hydrogen’ power station would have a peak demand of 1,800MW of hydrogen.

The plant, which is predicted to generate around 900MW of electricity with zero emissions, is expected to come online before the end of the decade.

The two energy giants will also develop the already announced Keadby Three power station fuelled by natural gas and fitted with carbon capture technology to remove the carbon dioxide from its emissions.

The captured carbon dioxide would then be transported and stored under the Southern North Sea.

Kwasi Kwarteng, Secretary of State for Business, Energy and Industrial Strategy, said: “This new partnership will ensure that world-first technology is being developed in Scunthorpe and across the Humber, creating green jobs and bringing new investment which will benefit local communities and businesses revitalising this industrial heartland as the UK builds back greener.”

Stephen Wheeler, Managing Director of SSE Thermal, said: “By utilising cutting-edge carbon capture and hydrogen solutions, we can decarbonise power generation, heavy industry and hard-to-reach sectors of the economy, which will be essential in both achieving net zero emissions and ensuring a just transition for workers and communities.”