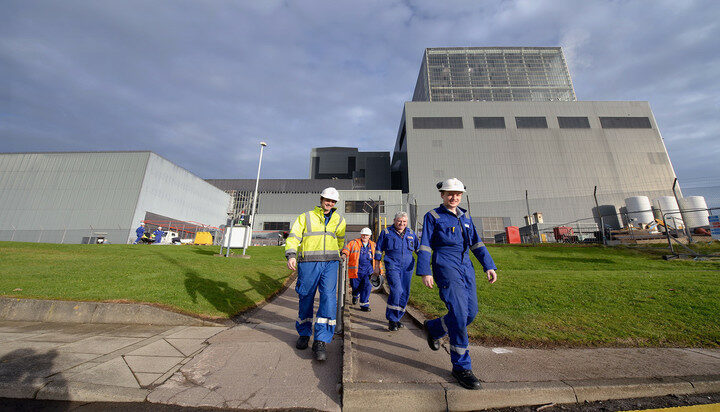 The Office for Nuclear Regulation (ONR) has allowed EDF to return its two reactors at Hunterston B in Scotland to service for a limited period of operation.

The reactors closed in 2018 after cracks observed in the graphite bricks that form the reactor core.

EDF last year unveiled plans to begin decommissioning Hunterston B by January 2022 at the latest.

Hunterston B started generating in 1976.

“As the UK’s independent nuclear regulator, we will only allow nuclear facilities to operate if we are satisfied that it is safe to do so.

“I am satisfied that the evidence provided by EDF, which has been assessed by our team of specialist inspectors, demonstrates that Hunterston B’s Reactors 3 and 4 are able to operate and shutdown safely during this period of operation.”

Hunterston B Station Director, Paul Forrest, said: “I welcome the ONR’s decision to approve the restart of Hunterston B power station’s other reactor.

“Having both reactors back online will mean that Hunterston B can continue the important job of making low carbon electricity and help reduce reliance on gas-powered generation until the site moves into defuelling by January 2022.

“We have carried out the most detailed investigation ever on this kind of reactor and the approved safety case has been subject to extensive scrutiny and testing, by EDF and independently.

“We have been able to demonstrate that even in the most extreme conditions our reactors will safely shutdown, including in the event of an earthquake larger than ever experienced in the UK.”