Environmental management company Bee’ah has teamed up with UK technology company Chinook Sciences for the project, which includes a generation plant and a green hydrogen vehicle fuelling station 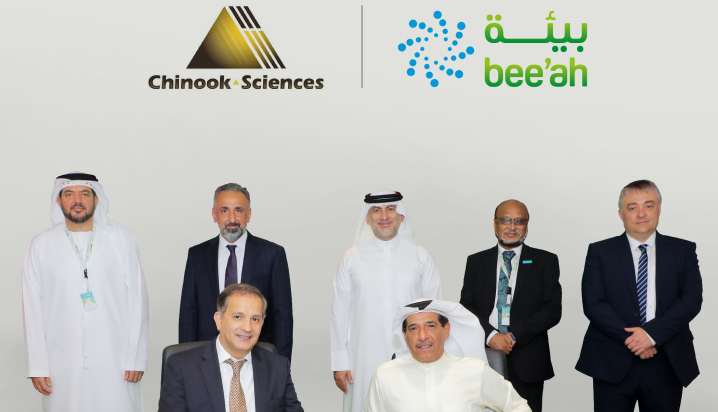 Plans to develop what will be the first waste to hydrogen facility in the UAE have been announced.

Environmental management company Bee’ah has teamed up with UK technology company Chinook Sciences for the project, which includes a generation plant and a green hydrogen vehicle fuelling station.

The fuelling station will use green hydrogen generated from the waste to hydrogen plant from non-recyclable plastic waste and waste wood from Bee’ah’s Material Recovery Facility.

The green hydrogen will be fed into the fuelling station to power Bee’ah’s future fleet of waste collection vehicles.

At maximum capacity, the plant will be capable of fuelling 1,000 hydrogen-powered large vehicles per day.

The project is an expansion of Bee’ah and Chinook’s waste gasification project announced in 2014, leveraging similar technologies to produce green hydrogen instead of electricity.

Salim Bin Mohammed Al Owais, Chairman of Bee’ah, said: “Green hydrogen will be a vital pillar of our future energy landscape and Bee’ah has been looking into this market for some time now with Chinook in alignment with our longterm strategy to develop new, sustainable energy solutions.

“As a sustainability leader, Bee’ah is keen to further support the UAE in its hydrogen economy ambitions, energy diversification and decarbonisation efforts.”